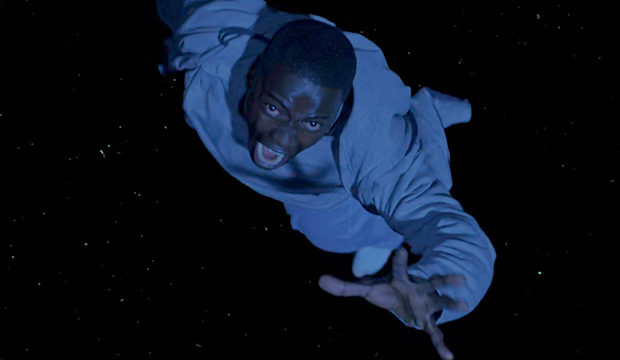 “Get Out” left the Golden Globe Awards ceremony empty-handed, but do not count it out for Oscar glory just yet. “Spotlight,” the Oscar winner for Best Picture just two years ago, was also shut out at the Golden Globes. 1973’s “The Sting” was the first film to win Best Picture at the Oscars after being blanked by the Globes, which had only nominated it for Best Screenplay; “The Sting” went on to win seven Oscars from 10 nominations. Like “The Sting,” 2005’s “Crash” received a Globe nomination for its screenplay, but not as a film overall. Two other Best Picture champs fell flat at the Globe ceremony: “The Godfather Part II” (1974) and “The Hurt Locker” (2009).

The Golden Globes are decided by a mere 90 journalists, whereas the Oscars are voted on by 7000 distinguished workers in the film industry. The two groups have similar tastes and tend to be exposed to the same films, but discrepancies are commonplace.

SEE“Get Out” if you do not think that its cast will win a SAG Award.

“Get Out” can still assert itself as a formidable contender for Best Picture if it scores the key nominations that Gold Derby is aggregately predicting for it; it might not even need all of them. “Get Out” ranks fifth for a Best Picture nomination, with 17/2 odds, although more users are predicting sixth place “The Post” or seventh place “Call Me by Your Name” to win.

Daniel Kaluuya in Best Film Comedy/Musical Actor represented one of the two “Get Out” Globe nominations, with Best Film Comedy/Musical being the other. Kaluuya ranks fourth for a Best Actor nomination, with 9/1 odds. 2008’s “Slumdog Millionaire” was the 11th and most recent Best Picture without an acting nomination; all of the Best Pictures that were shut out at the Globes went on to at least one acting nomination at the Oscars.

Jordan Peele ranks fifth for Best Director, with 12/1 odds, as well as second for Best Original Screenplay, with 3/1 odds. Only four films have won Best Picture without a Best Director nomination — most recently 2012’s “Argo” — and “Get Out” has a shaky foundation. The Directors Guild of America nominated it, but the last time that the DGA nominated all five of the Oscar nominees was 2009. They usually nominate four of the five and “Get Out” is the only of the five that was not nominated for Best Director at either the BAFTA or AACTA International (Australian equivalent of BAFTA) Awards, two industry groups that share voters with the Oscars and also both nominated “Get Out” for its screenplay. However, if “Get Out” is nominated at the Oscars for Best Director, its BAFTA snub cannot necessarily be held against it. Out of the five Best Picture winners that were shut out at the Globes, only “The Hurt Locker” received a BAFTA nomination for Best Director. (This is only the seventh year of the AACTA International Awards.)

Gregory Plotkin ranks third for Best Film Editing, with 7/1 odds. Only 10 Best Pictures have won in spite of a Film Editing snub; one of these was “The Godfather Part II.” However, the only Best Picture since 1980 that prevailed without an Editing nomination is 2014’s “Birdman,” which was an exceptional case because the film was presented as a single take, appearing to have no editing. Plotkin received a Best Film Comedy/Musical Editing nomination from the American Cinema Editors, but was snubbed for Best Editing by BAFTA, as well as at the Critics’ Choice Awards. “Spotlight” appeared to be on thin ice after it editing was snubbed by both ACE and BAFTA; that it was able to rally with an Oscar nomination for its editing speaks to how instrumental a nomination is to win Best Picture.

SEEvideo slugfest on whether “Get Out” can win Best Picture.

Will “Get Out” get Oscar nominations in other categories? Make your predictions now and edit them until the announcement on January 23. Also predict other award shows like the Grammys, as well as reality shows like “Top Chef.”