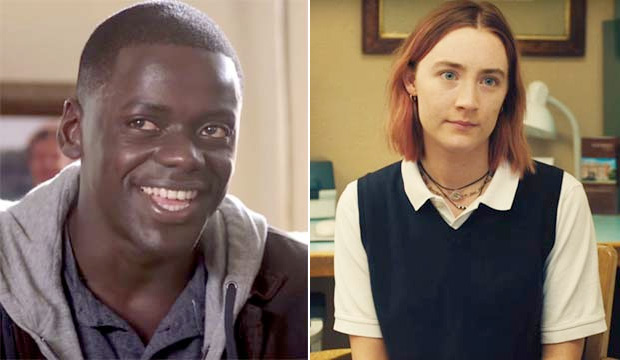 The Best Picture Oscar chances for “Get Out and “Lady Bird” took ostensible hits when both failed to get an editing nomination Tuesday. But with so many stats getting broken in recent years, there may still be hope for them yet.

Since the editing category’s inception at the seventh Academy Awards, there has been a strong correlation between Best Editing and Best Picture. Only 10 films have won the top award without an editing nomination. “Birdman” broke the 34-year streak three years ago, though its snub is somewhat explainable since the movie was supposed to look like one long take. The 10 films are:

“Get Out” and “Lady Bird” missed the Best Editing shortlist in favor of “Baby Driver,” “Dunkirk,” “I, Tonya,” “The Shape of Water” and “Three Billboards Outside Ebbing, Missouri.” Most of those films have very flashy, in-your-face editing that voters love. This decade’s editing champs have all been in that vein: “The Social Network,” “The Girl with the Dragon Tattoo,” “Argo,” “Gravity,” “Whiplash,” “Mad Max: Fury Road” and “Hacksaw Ridge.”

As a horror film — and for the Sunken Place sequence alone — “Get Out”’s snub is more disappointing than “Lady Bird”’s. But in context, there were a slew of films with showy editing this year that meant a deserving contender — or two or three (“Blade Runner 2049” was snubbed too) — would be left out.

Helping both their causes is the fact that “Get Out” and “Lady Bird” received ACE Eddie nominations in the comedy category. That means there is editing support in the industry for both films that could translate to high-ranking Best Picture placements when the entire academy membership votes on the winners.

But most importantly, Team “Lady Bird” and Team “Get Out” should be aware that in the era of the preferential ballot, long-established links between categories are slowly being eroded. A Best Picture-Best Director split used to be an aberration and now it’s predicted and expected; there have been picture-director splits in four of the last five years (ironically the one match was for “Birdman”). A new normal could certainly apply to the editing category as well, especially as the two Best Picture frontrunners, “Three Billboards” and “The Shape of Water,” have stats that work against them too (the former missing director, the latter missing a SAG ensemble nomination).

Even if neither “Lady Bird” nor “Get Out” wins Best Picture, we probably won’t have to wait 34 years for the editing stat to be broken again.