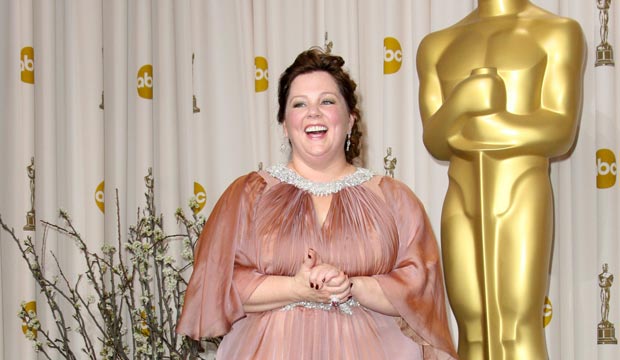 At this early stage of the Oscar season, the 10 Experts who are bravely making predictions before most candidates are seen are sure of one thing: Glenn Close, a six-time nominee and the living actress with the most Oscar losses, is about to be finally anointed a winner. The source of her current acclaim is recently opened “The Wife,” about a loyal spouse who has denied her own needs to allow her faithless writer husband to wallow in public acclaim. The film is no “Fatal Attraction” or even “Albert Nobbs” when it comes to making an impact. But it does provide this much-admired actress with a subtle yet simmering emotional arc that hits the “give-her-an-award” boiling point by the end of the film.

But, wait a second. There are just nine Experts picking her as a nominee and only eight saying she will win. Who are these outlier prognosticators taking a chance by already breaking with the pack? The first is Edward Douglas, putting Viola Davis on top and declaring her the one to beat for “Widows,” Steve McQueen’s follow-up to “12 Years a Slave” about a quartet of women who finish pulling off a heist that got their husbands killed.

Davis – placed second by the nine other Experts — has been nominated previously as a supporting actress for 2008’s “Doubt” and as a lead in 2011’s “The Help” before winning in what was a lead but was labeled supporting for 2016’s “Fences.” Some might that she hasn’t gotten an Oscar for a starring role yet to be a crime. Douglas does, however, hedge his bet by putting Close in second place.

Going way further on the limb, however, is Matthew Jacobs of the Huffington Post. Not only does he ignore Close altogether, but his choice for No. 1 is Melissa McCarthy in “Can You Forgive Me?” The true story of celebrity biographer Lee Israel, who sold forgeries of letters she claimed were written by celebrities, is directed by up-and coming director Marielle Heller (“The Diary of a Teenage Girl”). Of course, McCarthy was previously nominated for her outrageous supporting role in the 2011 comedy “Bridesmaids.” But the trailer for her new film that arrives Oct. 19 suggests there is some pathos in her character’s situation. Check out this trailer and see for yourself.

Coming in third at the moment with eight Experts backing her is Saoirse Ronan. At just 24, the Irish actress has already made three appearances on the Oscar tote board – supporting for 2007’s “Atonement” and lead nods for both 2015’s “Brooklyn” and 2017’s “Lady Bird,” but without a win. Going royal is not a bad way to rule at awards time and Ronan wears the crown in “Mary Queen of Scots.”

SEERobert Redford movies: All 9 films as director ranked from worst to best

And who is going to deny Lady Gaga in her first major film role while enchanting the likes of her director and co-star Bradley Cooper as a struggling singer in “A Star is Born.” She is in fourth place in a role that is tried-and-true as they come given that there has been four previous versions of this Tinseltown saga: in 1976 with Barbra Streisand and Kris Kristofferson (four Oscar nominations with a win for best song, “Evergreen”); 1954 with Judy Garland and James Mason (six Oscar bids, no wins); 1937 with Janet Gaynor and Frederic March (seven Oscar noms, one win for screenplay); and 1932’s “What Price Hollywood,” with Constance Bennett and Lowell Sherman.

Coming in fifth place is much-admired British actress Olivia Coleman who plays the frail Queen Anne in “The Favourite,” who will soon join TV’s “The Crown” as Queen Elizabeth II.

DISCUSSWho do you think will win best actress?

With the Venice film festival starting this week quickly followed by Telluride and Toronto , most of the rankings are likely to shift when more Experts chime in after getting a preview of the late-year films. We will see if Close remains supreme. Continue to check the Experts sites as they are updated on the hour.