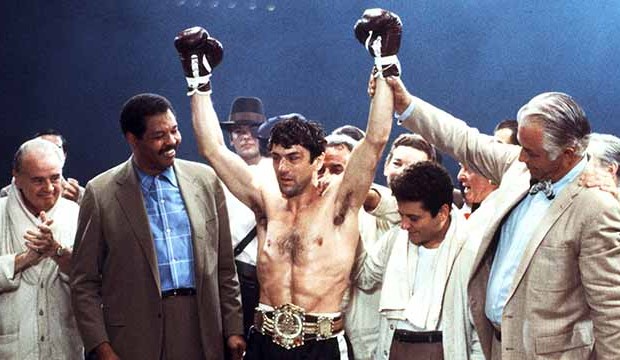 You don’t have to go the full De Niro, but an image change often leads to Oscar gold.

This awards season funny lady Melissa McCarthy, who earned a supporting actress Oscar nomination for the raunchy 2011 hit “Bridesmaids,” has been receiving stellar reviews for “Can You Ever Forgive Me?” as a prickly and lonely celebrity biographer. McCarthy is on the fast track for Oscar-consideration this year.

Also, a shoo-in for multiple award nomination is Lady Gaga, who traded in her meat dress and platinum blonde tresses for jeans and dark hair to play a struggling singer/songwriter in the acclaimed remake of “A Star is Born.”

Even when the Oscar was in its infancy, performers found altering an image caught the attention of the Academy voters.

“America’s Sweetheart” Mary Pickford — who also was a founding member of the Academy of Motion Picture Arts & Sciences — cut her trademark long curly locks and eschewed her little girl persona that made her a superstar and won the lead actress Oscar playing a flapper whose father murders the man she loves in 1929’s “Coquette.”

After singing and dancing with Fred Astaire in several classic RKO musical comedies in the 1930s such as “Top Hat” and “Swing Time,” Ginger Rogers went dramatic — and brunette — in 1940’s “Kitty Foyle,” winning an Oscar as an unwed mother whose baby dies at birth. Rogers, who was never nominated again for the Academy Award, beat out such heavyweights as Bette Davis (“The Letter”) and Katharine Hepburn (“The Philadelphia Story”).

After receiving a supporting actress nomination for 1953’s “Mogambo,” the stunningly beautiful Grace Kelly went frumpy to win the Oscar for 1954’s “The Country Girl,” as the long-suffering wife of an alcoholic singer (Bing Crosby).  Not all of Hollywood were thrilled that the soon-to-be Princess of Monaco won the Oscar over Judy Garland’s magnificent turn in the first musical version of “A Star is Born.” In fact, Groucho Marx sent her a telegram telling Garland: “Dear Judy. This is the biggest robbery since Brink’s.”

Frank Sinatra was one of the most popular singers and actors of the 1940s starring in several hit MGM musicals including three classics with Gene Kelly — 1945’s “Anchors Aweigh” and 1949’s “Take Me Out to the Ballgame” and “On the Town” — often cast as sweet, shy young man. But the 1950s, he was having vocal issues, his marriage broke up and the quality of his films took a nosedive.

But his career was forever changed when he was cast in 1953’s “From Here to Eternity” as Angelo Maggio, the friendly Italian-American soldier who isn’t afraid to speak his mind. But his attitude gets him in trouble with a brutal stockade Sgt. Fatso Judson (Ernest Borginine). Sinatra earned the supporting actor Oscar for his haunting performance as the tragic character.

Lee Marvin had earned a richly deserved reputation as one of the screen’s great villains — check out his performance in Fritz Lang’s 1953 noir masterpiece “The Big Heat.” But he won his only Academy Award for his comedic dual role in the 1965 western farce “Cat Ballou. Marvin, who beat out Richard Burton, Oscar Werner, Laurence Olivier and Rod Steiger, was a hoot as the legendary gun fighter Kid Shalleen, who spends more time with a bottle in hand than his gun-his horse is also a drunk-and his vile brother, the tin-nosed Tim Strawn.

And, of course, several actors have won Oscars going the full De Niro. Charlize Theron gained 30 pounds for her brilliant turn as murderous Aileen Wuornos in 2003’s “Monster” — she gained even more this year for her acclaimed role as a harried mother in “Tully.”  Matthew McConaughey shed 30 pounds for his Oscar-winning lead actor turn in 2013’s “Dallas Buyers Club” as AIDs patient Ron Woodroof who smuggles unapproved drugs from Mexico for his treatment, as well as for others suffering from the disease. And supporting actor winner Jared Leto got down to an unhealthy 114 pounds to play Rayon, the drug-addict HIV-positive woman.