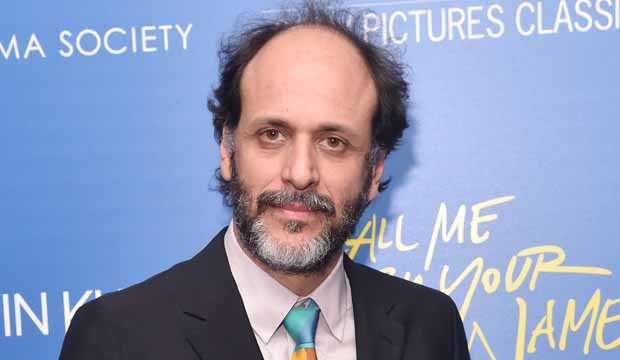 We asked our readers which director is most likely to garner a surprise Oscar nomination by bumping one of the five frontrunners.

Despite being left off the list of Directors Guild nominees, Luca Guadagnino easily won our poll with the backing of 41% of respondents. The sensuality he brings to “Call me by Your Name” turned the film into a surefire Best Picture nominee, so it makes sense that the acclaimed director could come along for the ride. Not far behind him in second place is Denis Villeneuve. His wildly ambitious work on “Blade Runner 2049” was good enough for an unexpected BAFTA nomination, and 25% of votes in our poll.

There are few categories where fervent fans of “The Florida Project” can successfully nominate the indie film, but 14% of our poll takers think Sean Baker will make the cut at the Oscars. Just 9% of respondents believe Dee Rees can make history with “Mudbound,” and only 8% thought Paul Thomas Anderson has a chance of returning to the Best Director lineup for “Phantom Thread.” 3% of voters opted for a helmer not listed, with one person mentioning that Ridley Scott could catapult his Golden Globe nomination for “All the Money in the World” into Oscar success.

If your favorite director didn’t score well in our poll, there is still time to vote! Cast your support for your favorite underdog and see if they shock the Oscar world when nominations are announced tomorrow.

Paul Thomas Anderson, “Phantom Thread” – Though he has contended for his screenplays four times, Paul Thomas Anderson has only competed once as a director, for “There Will be Blood.” It remains to be seen if “Phantom Thread” will find broad support with the Academy, given that much of the films’ awards narrative surrounds the costumes and Daniel Day-Lewis’ performance. But there are glimmers of hope with a best director win from the Vancouver Film Critics Circle and a second place finish with the National Society of Film Critics.

Sean Baker, “The Florida Project” – Sean Baker might not be a familiar Hollywood name. His most notable work is 2015’s “Tangerine.” But “The Florida Project” has cemented itself as a player for Best Picture with a passionate fan base in the film industry. Baker wasn’t nominated by the DGA, but the more singularly minded directors branch of the Academy is just the type of group to reward this fresh face. After all, they nominated unknown Benh Zeitlin for a similar indie passion project “Beasts of the Southern Wild.”

Luca Guadagnino, “Call me by Your Name” – Early in the season, Luca Guadagnino was a shoe in. But after nominations from the Independent Spirits, Gothams, and Critics Choice, he has dropped in our rankings as the Best Director category began focusing on helmers who also wrote their respective films. With “Call me by Your Name” still expected to land in Best Picture, Guadagnino will hope to woo the directors branch enough to bump out a frontrunner.

Dee Rees, “Mudbound” – Much ado has been made about Greta Gerwig’s Best Director bid because she would be just the fifth female nominee in Oscar history. But another woman has a formidable claim to a Directing nomination and that’s Dee Rees. She skillfully weaves together the many story threads in “Mudbound” and won Best Director from the New York Film Critics Circle Online for her efforts. If she is able to fight past the Academy’s bias towards rewarding Netflix films, she will become the first black woman nominated in this category.

Denis Villeneuve, “Blade Runner 2049” – Directors like Christopher Nolan and Guillermo del Toro are praised for the audacious scope of their epics. But one would be hard pressed to find a film from 2017 more audacious than “Blade Runner 2049.” Denis Villenueve took on the daunting task of helming a sequel to what many consider the greatest sci-fi film of all time. The BAFTAs gave him a surprise nomination for succeeding in this endeavor, despite not naming the film itself among their Best Picture nominees. Will this past nominee for “Arrival” pull off that rare feat again at the Oscars?