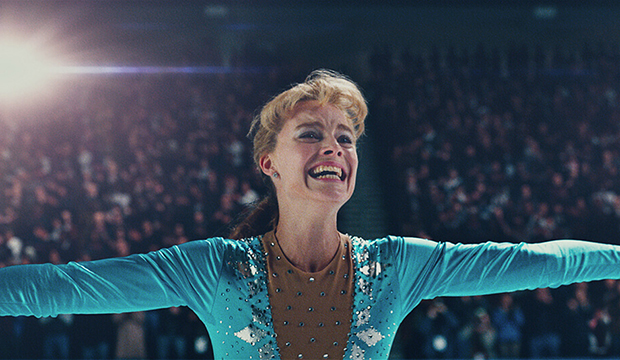 Tonya Harding didn’t win Olympic gold, but Margot Robbie could win Oscar gold for playing the infamous figure skater. If she does take Best Actress next month, the “I, Tonya” star would be the first performer to earn an Oscar for portraying a real Olympic athlete.

Robbie is only the third person and the first woman to be nominated for playing an Olympian, all of which has occurred this century. Will Smith was up for Best Actor for playing Muhammad Ali, who won Olympic gold in the light heavyweight boxing division in 1960, in 2001’s “Ali” and Mark Ruffalo received his second of three Best Supporting Actor nominations for playing 1984 wrestling gold medalist Dave Schultz, who was murdered by millionaire John du Pont (Steve Carell), in 2014’s “Foxcatcher.” Smith lost to Denzel Washington (“Training Day”) and Ruffalo came up short against J.K. Simmons (“Whiplash”).

However, unlike “I, Tonya,” which is centered around Harding’s years of Olympic training and The Whack Heard ‘Round the World in the lead-up to the 1994 Winter Olympics, neither “Ali” nor “Foxcatcher” was focused on Ali’s and Schultz’s Olympic journeys.

SEE ‘I, Tonya’ hit in the knee by Oscar nominations: It should’ve been 10th Best Picture nominee, declare readers

Both Ali and Schultz were Summer Olympians, which makes Robbie the first person to be nominated for playing a Winter Olympian (timely with the Pyeongchang Games!). She was almost joined by Golden Globe nominee Jessica Chastain (“Molly’s Game”), who played Molly Bloom, the freestyle moguls skier-turned-“poker princess” whose Olympic dreams were dashed when she got injured during a qualifier (her brother Jeremy Bloom, also moguls skier, competed at two Olympics before switching to football).

Outside of the Olympics, Robbie has also made history as the first actress to be nominated for playing a real-life athlete, which may be shocking to believe. Besides Chastain, Robbie could’ve also been nominated alongside reigning Best Actress winner Emma Stone, who was Golden Globe-nominated for her portrayal of tennis legend and equal rights activist Billie Jean King in “Battle of the Sexes.”

Robbie is currently fourth in our latest predictions, behind Frances McDormand (“Three Billboards Outside Ebbing, Missouri”), Saoirse Ronan (“Lady Bird”) and Sally Hawkins (“The Shape of Water”), and ahead of Meryl Streep (“The Post”).