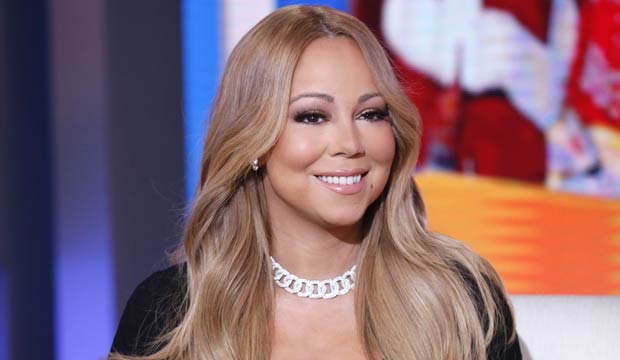 Mariah Carey was a surprise Golden Globe nominee for co-writing the title song from the animated film “The Star” with Marc Shaiman. But could she be a surprise Oscar contender as well? This wouldn’t actually be the first brush with Oscar for the Grammy winning singer, though she herself hasn’t been a nominee. Shaiman, however, has been nominated — five times exactly — but he hasn’t won. Could the academy surprise us by awarding Carey while Shaiman cashes in his Oscar IOU?

Carey previously performed the Oscar winning song “When You Believe” from “The Prince of Egypt” (1998). That was a duet with Whitney Houston, but neither of them composed it. Instead it was written by Stephen Schwartz, who had also won a pair of Oscars for “Pocahontas” for his score and original song “Colors of the Wind.” And though Carey has incited the wrath of critics for her acting ventures like “Glitter” (2001), she received praise for her supporting role as a social worker in the Oscar winning drama “Precious” (2009), for which she was nominated for a SAG Award as a member of the ensemble cast.

And in recent years the Oscars have bee hospitable to A-list pop stars, with recent victories for Adele (the title song from 2012’s “Skyfall”), Common and John Legend (“Glory” from 2014’s “Selma”), and Sam Smith (“Writing’s on the Wall” from 2015’s “Spectre”). In addition, Lady Gaga (“Til it Happens to You” from 2015’s “The Hunting Ground”) and Justin Timberlake (“Can’t Stop the Feeling” from 2016’s “Trolls”) have earned nominations. On top of that, “The Star” has a Christian theme just like “The Prince of Egypt” did. “Prince” told the story of Moses while “The Star” is focused on the Nativity of Jesus.

Then there’s Shaiman, who earned Oscar nominations for his original scores for “The American President” (1995), “The First Wives Club” (1996), and “Patch Adams” (1998), as well as two original songs: “A Wink and a Smile” from “Sleepless in Seattle” (1993) and “Blame Canada” from “South Park: Bigger, Longer, and Uncut” (1999). The latter race was controversial: many felt “Blame Canada” should have won that Oscar instead of that category’s champ, Phil Collins‘s “You’ll be in My Heart” from “Tarzan.” So the Oscars may be encouraged to make it up to him 18 years later.

Do you think we might be underestimating Carey and Shaiman for “The Star”?