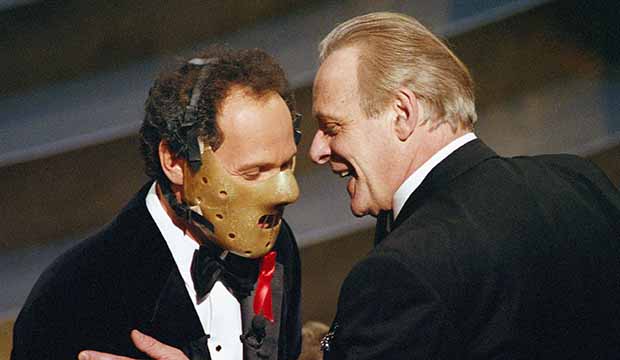 Comedian and actor Billy Crystal has been voted overwhelmingly as your choice for best Oscars host of the past 25 years. In our recent poll, Crystal received 40% of the votes among the 12 solo or duo hosts from this quarter century.

SEEOscar hosts gallery: Performers who have hosted the Academy Awards

Crystal has been the emcee of the Academy Awards nine times, beginning with the 1990 ceremony. He was the choice of new producer Gil Cates, who was so successful at the job that he was in charge of the event for many years after. Crystal had a box office smash the previous year with “When Harry Met Sally” and brought a mix of enthusiasm, rat-a-tat jokes, musical opening numbers and cleverly filmed pieces over his nine times as emcee.

SEEOscars 2018: Here are all 156 living actresses and actors who could join a 90th anniversary family album on March 4

Crystal followed in the tradition of two of the best hosts in Oscars history — Bob Hope and Johnny Carson. He is also the only host of the past three decades to take the reigns for two consecutive ceremonies before Jimmy Kimmel at last year’s event and the one coming up this weekend on March 4.

Here is a look at the complete poll results and the percentage for each person.