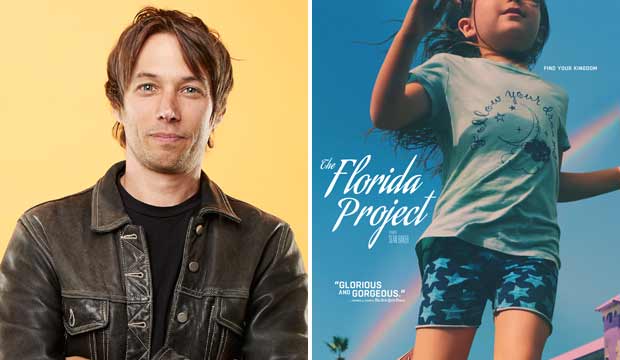 Could Sean Baker (“The Florida Project”) earn an Oscar nomination for Best Director? The Expert film journalists we’ve polled aren’t betting on him, but many of our top users are, and this wouldn’t be the first time an acclaimed art-house filmmaker surprised with a nomination from the motion picture academy.

As of this writing Baker is backed for a nomination by six of our Top 24 Users who got the highest scores predicting last year’s Oscar nominations. That includes James_Fenimore, the user who finished in first place out of more than 4,600 users who made their picks last year, and eastwest, who finished third. Baker is also supported by six of our All-Star Top 24, who got the highest scores when you combine the last two years’ nomination predictions.

But what makes them think Baker will be nominated? Most of the awards attention for the film has gone to Willem Dafoe for his supporting role as a compassionate motel manager who keeps a watchful eye on the poor children who live there. Dafoe is currently the frontrunner to win the Oscar according to our latest odds, but “The Florida Project” also earned a Critics’ Choice nomination for Best Picture, and it made the American Film Institute list of the top 10 movies of the year. Those indicate that the film is a potential Oscar contender for Best Picture, which by itself makes Baker a serious threat for Best Director.

Baker himself hasn’t made the cut at many high-profile events for his direction, though he picked up a nom from the Independent Spirit Awards, and he won the New York Film Critics Circle Award for his work behind the camera. And he’s reminiscent of other art-house filmmakers who have earned surprise nominations over the years from the directors branch of the academy, which has often shown an attraction to auteurs like Pedro Almodovar (2002’s “Talk to Her”), Fernando Meirelles (2003’s “City of God”), Mike Leigh (2004’s “Very Drake”), and Michael Haneke (2012’s “Amour”), all of who missed most of the usual Oscar precursors but landed Oscar nominations anyway.

But Baker even more closely resembles those lauded indie filmmakers who have managed to sneak into the Best Director race somewhat unexpectedly, including Jason Reitman (2007’s “Juno”), Benh Zeitlin (2012’s “Beasts of the Southern Wild”), and Lenny Abrahamson (2015’s “Room”). Like those previous contenders, Baker is at the helm of a story about parents and children anchored by an awards-contending performance, but his film may be even more acclaimed than the ones that came before with its score of 92 on MetaCritic and 95% freshness on Rotten Tomatoes.

So do you agree with our top users that we might be underestimating Baker?