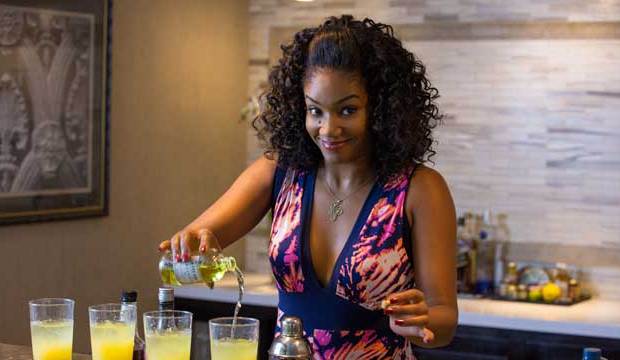 We asked Gold Derby readers which actress was most likely to stage a shocking upset by stealing an Oscar nomination without support from industry groups. Derbyites have spoken loud and clear!

A whopping 51% of respondents have a hunch that Tiffany Haddish will score an Oscar nomination for her hysterical turn in “Girls Trip” despite being ignored by industry groups. Haddish has seen her star rise tremendously this year thanks to her scene stealing performance. Her closest competition in the poll was Hollywood icon Carrie Fisher. “Star Wars: The Last Jedi” was the last film she completed before her death, and Leia’s touching reunion with broth Luke (Mark Hamill) was good enough for 28% of the vote. An impressive result for a performance that has not yet registered with any awards group.

The rest of the field fared much worse than these two women. Brooklynn Prince may be the star of “The Florida Project” but our readers probably held her young age against her. She netted just 12% of total votes. 6% of poll takers opted to support someone not listed, with several comments highlighting Vicki Krieps from “Phantom Thread” as a worthy surprise contender. Critical darling Lois Smith captured 3% of the vote for “Marjorie Prime,” and it appears Americans truly don’t have “Lady Macbeth” on their radar as poor Florence Hugh failed to earn a single vote of confidence.

Is your favorite actress of the bunch toward the bottom of the results? It’s not too late to throw support her way. Remind yourself of their award season performances below and continue to cast votes in our poll. Then watch when Oscar nominations are announced tomorrow to see if any of these talented ladies can surprise with a nomination.

Tiffany Haddish, “Girls Trip” – Tiffany Haddish turned heads when she won the New York Film Critics Circle Award for Best Supporting Actress. Her breakout role in “Girls Trip” is arguably the most talked about comedic performance of the year. Critics Choice further backed her with nominations for Supporting Actress and Comedy Actress, but SAG didn’t bite. Will the buzz and goodwill she generated throughout the year help Haddish have the last laugh at the Oscars?

Carrie Fisher, “Star Wars: The Last Jedi” – Since Disney didn’t screen “The Last Jedi” in time for most precursor deadlines, this is the only performer on the list who has no nominations for her film. But it’s Carrie Fisher, so does that really matter? Posthumous nominations are tough because the artist is not alive to campaign, but it’s hard not to overstate how beloved Fisher is in the industry. There may be plenty of voters who want to honor General Organa with a final salute.

Brooklynn Prince, “The Florida Project” – “The Florida Project” has many passionate fans, but can they get its pint-sized leading lady into a tough Lead Actress category? Child actors generally have an easier time with the supporting fields at the Oscars, but exceptions happen. Prince won the Critics Choice for Best Young Actor/Actress, following the lead of many regional critics groups who have “young performer” or “breakthrough” categories. Can she snag an invitation to the grownup table?

Florence Pugh, “Lady Macbeth” – UK critics have lavished praise on “Lady Macbeth” and its talented young star Florence Pugh. She racked up several nominations and wins, including Best Actress at the British Independent Film Awards and a nomination in the BAFTA Rising Star category. Unfortunately, it would seem Americans are oblivious to this thrilling period piece. It will be up to the British contingent of the Academy to push her through.

Lois Smith, “Marjorie Prime” – Can Lois Smith finally cash in on her legendary 6 decade career and earn a nomination for “Marjorie Prime.” The role, which she originated on stage, netted Smith bids with the Indie Spirits, Gothams, and Satellite Awards. But she seems to have fallen off voters’ radars. The fact that she has never earned an Oscar nomination despite starring in classics like “Five Easy Pieces” coupled with her appearance in Best Picture hopeful “Lady Bird” gives Smith a tempting narrative to support.