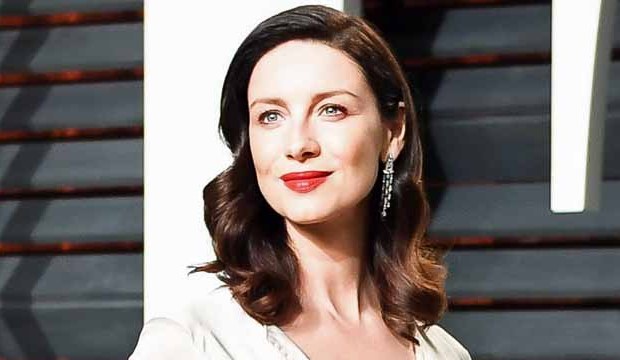 “Outlander” leading lady Caitriona Balfe has contended at the Golden Globes for each of the first two seasons of her hit historical drama. Unfortunately, she lost both of those races. Now, with the buzz building for season three of this Starz series, she could finally win Best TV Drama Actress at the 75th edition of these awards on Sunday (Jan. 7).

Among her rivals for the title are the reigning Golden Globe champ Claire Foy (“The Crown”) as well as the most recent Emmy winner Elisabeth Moss (“The Handmaid’s Tale”). Foy will be contending for the sophomore season of her epic Netflix series that chronicles the life of Queen Elizabeth II while Moss is in contention for the freshman edition of the Hulu series based on Margaret Atwood‘s bestseller about a dystopic society.

But with both Foy and Moss already having Golden Globes (the latter won for the limited series “Top of the Lake” in 2014), Balfe could find that she is the one rewarded for her overdue status. We know that the 90 or so members of the Hollywood Foreign Press Assn. love her work as they nominated her in both 2015, when she lost to Taraji P. Henson for “Empire” and last year when she was bested by Foy.

And they are enamored of her show as well, bestowing a Best Drama Series bid on “Outlander” in 2016. It was bested by the first season of “Mr. Robot.” That was also the year that Balfe’s on-screen hubby Tobias Menzies reaped a bid in the competitive catch-all supporting actor category. He was edged out by “Mr. Robot” scene stealer Christian Slater.

PREDICT the Golden Globe winners now; change them until January 7

Do you think Balfe will hear her name called when the 2018 Golden Globe winners are announced on Jan. 7? Jump into the Golden Globes predictions center and let us know your choices. You’ll be competing against thousands of others, including top TV experts who cover the television industry throughout the year plus our own Gold Derby editors. Hollywood insiders are desperate to see how their shows and performers are faring in our odds. You can keep changing your predictions until just before the winners are announced. And join in the fierce debate over the 2018 Golden Globes taking place right now with Hollywood insiders in our TV forums. Read more Gold Derby entertainment news.