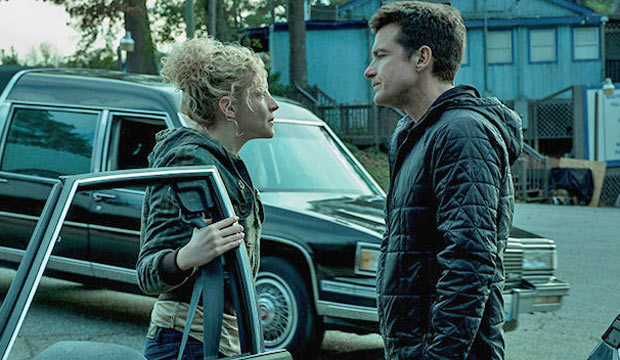 Last year Netflix’s gritty drama series “Ozark” earned a pair of SAG Award nominations for lead stars Jason Bateman and Laura Linney as married couple Marty and Wendy Byrde who get involved in a money laundering scheme. Fast-forward to Season 2 and the show actually doubled in nominations from two to four, with bids for Julia Garner, who plays criminal teen Ruth Langmore, as well as the entire ensemble cast. With so much love from Screen Actors Guild voters, much of it unexpected, might the “Ozark” cast be the one to beat at the 2019 ceremony?

It was no surprise seeing Bateman and Linney recognized again, as they’re no strangers to the SAG Awards. Bateman is a former five-time SAG contender for “Arrested Development” (twice as an individual, thrice as part of the cast) in addition to last year’s “Ozark” notice. Linney previously won for “John Adams” (2008) and earned bids for “You Can Count on Me” (individual, 2000), “Mystic River” (cast, 2003), “Kinsey” (individual, 2004) and “Ozark” (individual, 2017).

But the fact that Garner was able to squeak into the crowded lineup is a telling signal that voters love this show way, way more than we thought. After all, the SAG Awards don’t have separate categories for lead and supporting TV performers, which means Garner is competing against such iconic leading ladies as Linney, Elisabeth Moss (“The Handmaid’s Tale”), Sandra Oh (“Killing Eve”) and Robin Wright (“House of Cards”). Since reigning two-time winner Claire Foy (“The Crown”) was not eligible to return, that means a new performance will be anointed in this category.

SEEWill ‘The Americans’ overcome its lack of individual acting bids to win drama ensemble at the SAG Awards?

Over on the male side, Bateman faces off against last year’s SAG winner Sterling K. Brown (“This Is Us”) as well as Joseph Fiennes (“The Handmaid’s Tale”), John Krasinski (“Tom Clancy’s Jack Ryan”) and Bob Odenkirk (“Better Call Saul”). Besides “Ozark,” the other casts nominated are “This Is Us,” which prevailed last year, as well as “The Handmaid’s Tale,” “The Americans” and “Better Call Saul.”

Even though the “Ozark” cast failed to earn a nomination last year for Season 1, they still have a great shot at winning now for Season 2. After all, SAG Awards voters are notorious for honoring shows later in their runs — just look at reigning champ “This Is Us” which prevailed during the middle of its second season. Past SAG favorites like “Breaking Bad,” “Mad Men” and “Grey’s Anatomy” also didn’t take home the cast prizes for their first seasons.