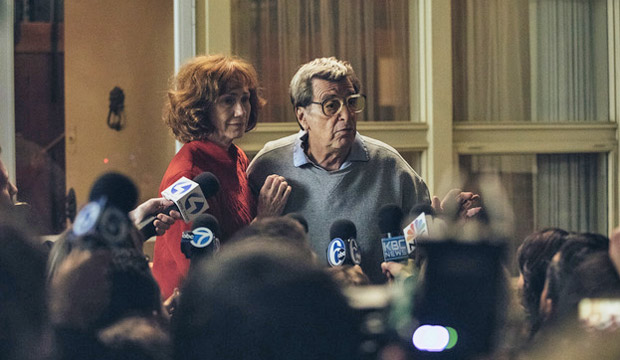 Al Pacino is the king of HBO, winning Emmys for “You Don’t Know Jack” in 2010 and “Angels in America” in 2004. Both of these trophies came for playing real-life characters (Jack Kevorkian and Roy Cohn, respectively), so might his latest performance in “Paterno” as disgraced Penn State football coach Joe Paterno seal the deal for Emmy #3?

Television critics, as you’d expect, are raving about Pacino’s latest performance in the HBO telefilm. See some of their reviews below about the 1992 Oscar winner (“Scent of a Woman”), and then be sure to give us your Emmy predictions for Best Movie/Mini Actor.

SEEAl Pacino movies: 25 greatest films ranked from worst to best, including ‘The Godfather,’ ‘Dog Day Afternoon,’ ‘Scent of a Woman’

“Al Pacino is at his best,” praises Robert Lloyd (LA Times). “Pacino’s performance is interesting in its smallest gestures and unusually interior and contained. And contained Pacino is the best Pacino, your love of ‘Scarface’ notwithstanding.”

“Pacino is low-key remarkable in a scathing portrait of complicit guilt,” writes Ben Travers (IndieWire). Regarding Pacino’s physical appearance as Paterno, Travers adds, “The transformative thespian captures the look of his subject to a T.”

Dorothy Rabinowitz (Wall Street Journal) notes, “Pacino’s Paterno is so convincing, and eerily lifelike it becomes necessary from time to time, to remember that this isn’t the actual coach.” And Verne Gay (Newsday) declares, “Brilliant as ever, Pacino is the master trickster who manages to both demonize and humanize Paterno.”