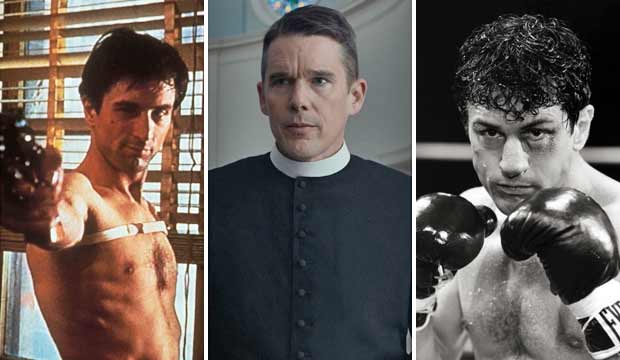 “First Reformed” got some of the year’s best reviews, so can Paul Schrader finally earn his first ever Oscar nomination? Yes, you read that right: the screenwriter of “Taxi Driver” (1976) and “Raging Bull” (1980), and the director of “Hardcore” (1979), “American Gigolo” (1980), and “Affliction” (1997), to name a few, has never competed at the Academy Awards. While much of the buzz for this A24 release has been for Ethan Hawke‘s performance as a tormented priest confronting the effects of climate change, the academy writers branch especially could take this as an opportunity to right a tremendous wrong.

Schrader earned Golden Globe bids for penning Martin Scorsese‘s “Taxi Driver” and “Raging Bull,” with the former also bringing him a WGA bid. But somehow neither of those led to Oscar nominations, despite both films competing for Best Picture. And Schrader has likewise been snubbed for his directorial efforts.

“First Reformed” earned stellar notices from critics when it premiered in May, holding a 93% rating on Rotten Tomatoes and scoring 85 on MetaCritic. Eric Kohn (IndieWire) calls it “an absorbing late period achievement that brings Schrader’s talent back into focus.” Owen Gleiberman (Variety) believes the movie proves the director is “still one hell of a filmmaker.” And Ann Hornaday (Washington Post) declares this “the movie Paul Schrader was put on this planet to make.”

So will “First Reformed” indeed prove the perfect ticket for Schrader at the Oscars? The Gothams certainly helped bring it into the conversation with nominations for Best Film, Best Actor (Hawke), and Best Screenplay. And the Independent Spirit Awards were also welcoming, showering it with four nominations including Best Feature, Best Actor (Hawke) and writing and directing bids for Schrader.

Perhaps voters will want to reward him for returning to the kinds of stories he became famous for. “First Reformed” is classic Schrader, an austere look at a disturbed man pushed to the brink by society. There’s even an added bit of relevance to this one, considering it’s about the imminent dangers our planet faces from global warming. That might prove a winning combination for this overlooked legend, and might even lead to his first win.