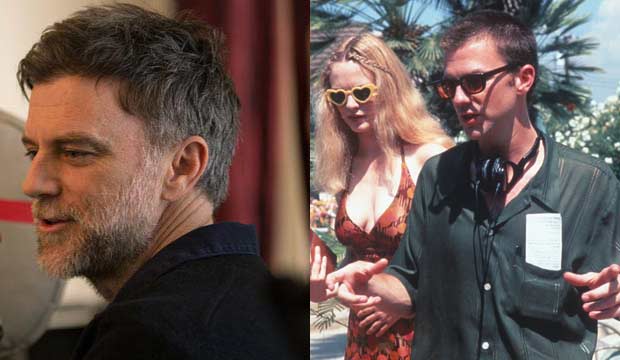 Paul Thomas Anderson earned a pair of Oscar nominations this year for Best Picture and Best Director for the romantic drama “Phantom Thread.” It might have been as surprising to him as it was to us Oscar pundits, who didn’t see those nominations coming. And it was an even more meaningful honor for the filmmaker considering it came exactly 20 years after his first academy bid for “Boogie Nights” (1997).

His next nomination came just two years later: Best Original Screenplay for “Magnolia” (1999). A sprawling ensemble story not unlike “Boogie Nights,” it was a three-hour mosaic about the interlocking lives of Southern Californians struggling with life, love, happiness, and the occasional rain of frogs. It also competed for Best Supporting Actor (Tom Cruise) and Best Song (“Save Me” by Aimee Mann). Once again Anderson and his film went home empty-handed: Original Screenplay went to Alan Ball (“American Beauty”), Supporting Actor was won by Michael Caine (“The Cider House Rules”) and Song was awarded to “Tarzan” (“You’ll Be In My Heart” by Phil Collins). That last category is still somewhat controversial, with Collins beating not only Mann’s song but also “Blame Canada” from “South Park: Bigger, Longer and Uncut” and “When She Loved Me” from “Toy Story 2.”

After being limited to the writing category in his first two Oscar outings Anderson had his biggest windfall eight years later for a film drastically different from the first two he was recognized for: “There Will Be Blood” (2007), an epic character study about a turn-of-the-century oil prospector (Daniel Day-Lewis). The filmmaker reaped his first Best Picture, Best Director, and Best Adapted Screenplay bids, and for the first time his film actually came away with some hardware. Day-Lewis snagged Best Actor, and frequent Anderson collaborator Robert Elswit won for his cinematography. Anderson, however, lost all three of his nominations to the Coen Brothers for “No Country for Old Men.” The film also lost Best Production Design to “Sweeney Todd” and Best Film Editing and Best Sound Editing to “The Bourne Ultimatum.” So by the end of the night Anderson was still holding an Oscars IOU with five nominations and five losses.

It took seven more years for Anderson to return to the Oscars. Though his next film, “The Master” (2012), earned three nominations for acting, Anderson himself missed the cut for his writing. However, he made a comeback with a Best Adapted Screenplay bid for “Inherent Vice” (2014). Based on a novel by Thomas Pynchon, the 1970s-set mystery-comedy centered on a drugged-out private detective (Joaquin Phoenix) investigating the disappearance of a former girlfriend. Anderson lost to Graham Moore (“The Imitation Game”), and the film also lost Best Costume Design to “The Grand Budapest Hotel.” That meant Anderson was zero-for-six with the academy.

It’s not surprising that Anderson eventually racked up even more nominations, but it was a bit of a shock that it happened this year for “Phantom Thread.” While Day-Lewis was widely expected to reap a Best Actor bid for playing an obsessive fashion designer (he placed third in our racetrack odds), the film was ranked 13th in our Best Picture predictions with 100/1 odds. Anderson’s prospects in Best Director didn’t look much better with 12th place odds of 100/1.

Yet he managed to leapfrog over DGA nominee Martin McDonagh (“Three Billboards Outside Ebbing, Missouri”) to join Guillermo del Toro (“The Shape of Water”), Greta Gerwig (“Lady Bird”), Christopher Nolan (“Dunkirk”) and Jordan Peele (“Get Out”) in the category. The film also competes in Best Supporting Actress (Lesley Manville), Best Costume Design, and Best Score. Those 6 bids tied it with “Darkest Hour” as the fourth most nominated film of the year, behind “Shape of Water” (13), “Dunkirk” (8), and “Three Billboards” (7).

Now on his seventh and eighth nominations without a win, Anderson is edging his way towards Susan Lucci territory. Or to draw another comparison, the eighth time was the charm for Martin Scorsese, who finally won for directing “The Departed” (2006) after losing seven previous times: Best Director for “Raging Bull” (1980), “The Last Temptation of Christ” (1988), “GoodFellas” (1990), “Gangs of New York” (2002) and “The Aviator” (2004); and Best Adapted Screenplay for “GoodFellas” and “The Age of Innocence” (1993).

Could the eighth time be the charm for Anderson too? If not, how long will the academy keep him waiting before he gets to cash in that IOU? Hopefully he won’t have to wait for number-19 like Lucci did.