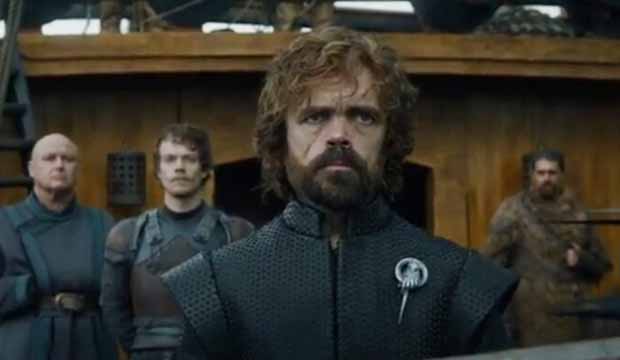 Gold Derby can exclusively reveal that Peter Dinklage is entering the “Game of Thrones” episode “The Dragon and the Wolf” as his Emmy submission for Best Drama Supporting Actor. This installment aired August 27 and was the seventh episode of the seventh season for the HBO show.

In this segment, an epic meeting happens in the dragonpit between the camps for Daenerys (Emilia Clarke) and Cersei (Lena Headey). Tyrion (Dinklage) attempts to make opening remarks but is cut off. After much postering, he goes with Cersei to her chambers to reason with her. She rattles off a list of grievances, and he says that she should just go ahead and kill him now and get it over with.

Dinklage is a two-time Emmy winner in this category (2011, 2015) and has been nominated for all seven seasons. For this 2018 ceremony, he is up against co-star and first-time nominee Nikolaj Coster-Waldau, previous winner Mandy Patinkin (“Homeland”), returning nominee David Harbour (“Stranger Things”) and rookie contenders Joseph Fiennes (“The Handmaid’s Tale”) and Matt Smith (“The Crown”).