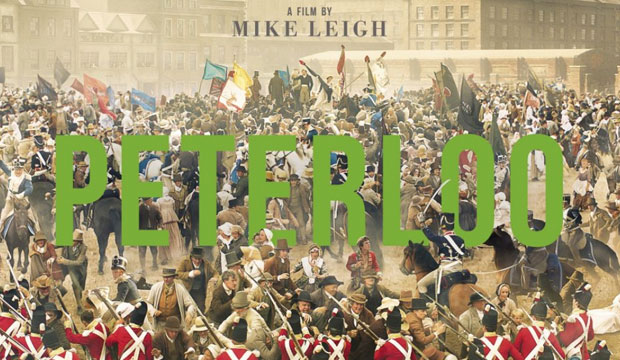 “Peterloo” was the most British film at the London Film Festival. It chronicles a true-life British story plucked from history, is set in Manchester (as in United, not by-the-sea), features an entirely British cast including Rory Kinnear (“Skyfall,” “The Imitation Game”) and Maxine Peake (“The Theory of Everything,” “Black Mirror”), and is written and directed by British filmmaking royalty Mike Leigh.

Leigh has been nominated for an impressive 13 BAFTAS – and has won three of those bids. He won the first two of these in 1997 for “Secrets & Lies,” with the British academy awarding him both Best Original Screenplay and Best British Film. In 2005, he picked up the Best Director prize for “Vera Drake.”

He was also the recipient of the Michael Balcon Award (Outstanding Contribution to British Cinema) in 1996 and the BAFTA Film Fellowship in 2015.  His last BAFTA bid was back in 2011 for Best British Film for “Another Year.” “Mr Turner,” which starred Timothy Spall, was inexplicably snubbed. Maybe BAFTA will feel it’s time to reward one of their very favourite filmmakers of all time again?

Leigh will be in contention at the BAFTA awards for Best Director and Best Original Screenplay. And Best British Film is another likely nomination. This multi-hyphenate has already won a BAFTA in each of these categories.

He has also been nominated for seven Oscars: twice for Best Director (“Secrets & Lies” and “Vera Drake”) and four times in Best Original Screenplay (“Secrets & Lies,” “Topsy-Turvy” (2000) “Vera Drake,” “Happy-Go-Lucky” (2008) and “Another Year”). Amazon Studios has moved the North America release date from November 9th back to April 5th 2019, making the film ineligible at the 2019 Academy Awards.