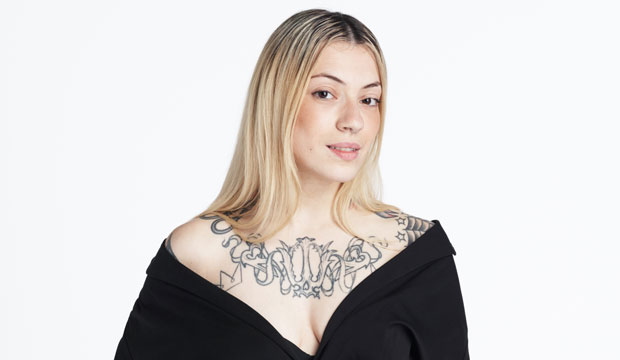 “Project Runway All Stars” had its first big conflict of season six in episode four, “Balls Out,” when a high-pressure unconventional-materials challenge led designer Helen Castillo to lash out. While receiving negative critiques from the judges for her literal ball gown — she custom-made her own textile using a variety of balls — she decided to give some critiques of her own, commenting on the color palette and design methods of her opponents. Most of our readers we surveyed thought that was out of line. Scroll down for our complete poll results at the bottom of this post.

When we asked our readers about the incident 82% said Castillo should have just accepted the judges’ criticisms without throwing her fellow designers under the bus. The other 18% said she was right that her competitors took the easy way out by gluing their ball material to muslin forms. Did she really deserve to be in the bottom-two after designing her own textile?

Either way, this was the second time already this season that Castillo has narrowly avoided elimination. In the season premiere episode she and the rest of the “All Stars” veterans lost the team challenge, and she was one of the bottom-three designers. Then she sailed through safely in “Damsels in Distress” and “Perfect Pairings,” but she has yet to receive a high score from the judges. Can she make a comeback this week? This unpredictable season has already seen week-one challenge winner Merline Labissiere fall to the bottom two just two weeks later, while week-two low scorer Stanley Hudson won a challenge two weeks later. One day you’re in, and the next you’re out — and vice versa. 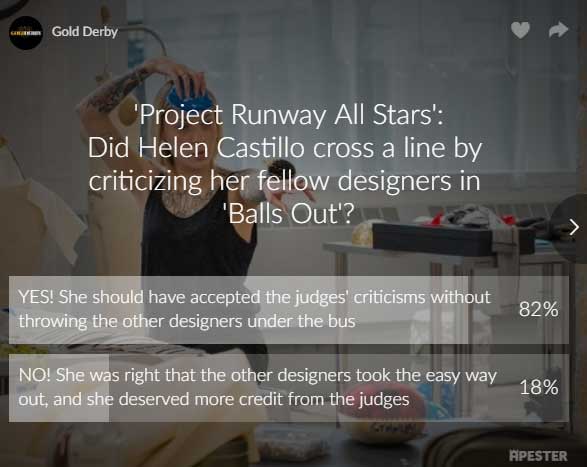