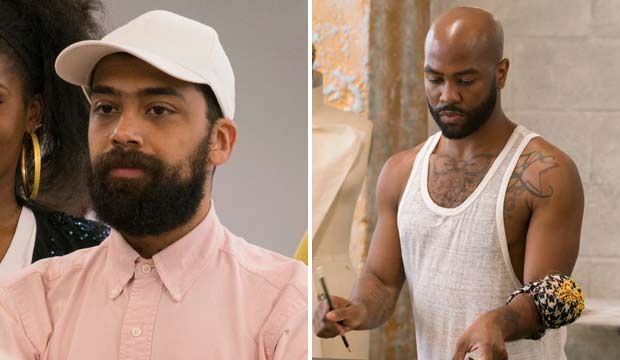 The “Project Runway All Stars” season six finale approaches, and the last designers standing are Fabio Costa, Stanley Hudson and Anthony Williams. But did they all deserve their final slots? Many of our readers have been at war with the judges all season for their controversial calls, and this week is no exception. 81% of “Runway” fans we polled think it was wrong to send home Ken Laurence in the penultimate episode, “History in the Making.” Who should have gone home instead? Scroll down for our complete poll results at the bottom of this post.

According to more than half of our respondents (58%), Costa should have been eliminated from the competition, not Laurence. To qualify for a spot in the finale and an opportunity to show their complete six-piece collection on the runway, the final four had to show the judges a preview of their collection. Both Costa and Laurence received mixed reviews. They were torn between Costa’s top and his skirt, while Laurence had issues of his own with his fabrication and a “fussy” sash, though his tailoring was “impeccable.”

The judges decided they would rather see Costa’s complete collection, but only 19% of readers agreed with the judges’s decision to send Laurence home, while 13% thought Williams should have been eliminated and 10% thought it should have been Hudson. What do you think? Check out some of our readers’ comments below, and let us know who you think will win the season finale.

Lorraine Beans: “Ken was robbed. Fabio did not deserve to be in the finale. I have watched this show and continuously see designers eliminated that shouldn’t be.”

Pennys Fine: “I totally agree with you. Ken was robbed. Don’t understand how it happened since it seemed to me that Fabio got more criticism than Ken. Rightly so. I appreciate Fabio’s unique perspective, IMO his stuff is generally only wearable by a very specific person.”

Debra Johnson: “No one should have been eliminated. Ken has done a fabulous job this season.”

Sue McConnell: “Those poor contestants were really given the run-around. All four should have gone through. I despair of this program sometimes!” 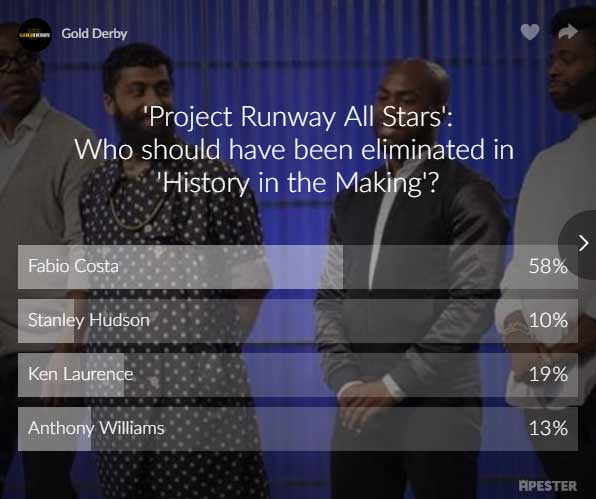