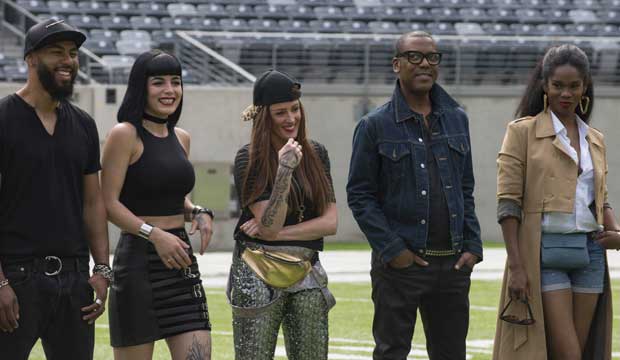 As they say on “Project Runway,” “In fashion, one day you’re in and the next you’re out.” But thanks to “Project Runway All Stars” sometimes you’re back in again. The spinoff series brings back former competitors from the original series to compete again, and season six of “All Stars” premiered on Thursday night, January 4, pitting “rookies” against “vets.” Scroll down for our complete minute-by-minute live recap of the season premiere episode.

This season of “All Stars” brings together 16  “Runway” alums. Eight of those are “veteran” contestants who not only competed before in the original series, but also a previous season of “All Stars.” That means this is their third time on “Runway,” and that extensive experience could be a crucial advantage. They’re up against eight “rookies” who are competing for the first time on “All Stars,” though of course they’ve all competed at least once in the original series, so they bring ample experience to the show as well.

But no matter what happens we’re guaranteed to have a first-time winner this season as none of the contestants have ever won any version of the show before. But there are four who finished as high as second place: veterans Joshua McKinley (season nine runner-up) and Fabio Costa (season 10 runner-up), and rookies Amanda Valentine (season 13 runner-up) and Kelly Dempsey (season 14 runner-up). Will one of them be able to improve on their past performances to win for the first time? Find out below who excelled and who (if anyone) was eliminated in week one of “All Stars.” All times listed are Eastern.

Refresh this page for the latest updates

9:04pm — First up is a team challenge. The eight rookies and eight veterans will design a spring or fall collection. To decide who gets to choose their season the two teams compete in a quick-stitch relay race.

9:06pm — The veterans win the relay race, earning an extra $500 to spend, and they picked the spring for their season of choice.

9:08pm — Veteran Ken Laurence isn’t thrilled with some of his teammates’ fabric choices when they shopped at Mood: “To be nice I’m going to say there’s some tacky sh*t in these baskets.”

9:09pm — There’s conflict already on the team of vets before a single stitch has been sewn. “Everyone on the vet side is a diva. There’s too many divas in one place,” says Laurence.

9:15pm — “I have to compromise, and I f*cking hate that word,” says Helen Castillo about sharing a fabric with Laurence. So much drama on Team Vet.

9:16pm — Time for mentor Anne Fulenwider to critique the competitors’ looks. Laurence wants to design a power suit, but Fulenwider wants something lighter. And the critiques have been rough for all the veterans. She’s skeptical about the colors and cohesion.

9:18pm — Okay rookies, can you do any better? Nope. She thought their looks-in-progress were too safe, too conservative, needed to be a lot more fierce. Hard to know if either team is on the right track.

9:22pm — “Looking around the room, we’re all like, ‘Sh*t!'” says rookie Kelly Dempsey at the end of the first day of the challenge. They’re all adjusting to Fulenwider’s critiques, and it seems they’ve all got work to do before they’re runway-ready.

9:26pm — “It was an epic fail,” says Laurence about his attempt to incorporate some of Castillo’s design into his own.

9:27pm — “The fall collection is poorly sewn … Edmund’s zipper looks like it has scoliosis,” says veteran Anthony Williams about the rookies’ collection, so he’s not worried about winning this challenge. Fateful last words?

9:28pm — “I want her out of this damn competition.” says Williams, half-jokingly, about Ari South‘s outstanding speed and design quality. He’s not the only one who thinks she’s the biggest competition this season. But at least for this challenge Williams is happy to have her around since they’re on the same team.

9:31pm — Veteran Castillo is not impressed by the rookies’ ’70s-inspired collection, calling it “obvious.” The vets seem pretty sure they have this challenge in the bag.

9:41pm — And the winning collection is … the fall! That undoubtedly comes as a surprise to the veteran spring team. Char Glover, Merline Labissiere, and Edmond Newton are the highest scorers on the winning team and one of them will be named the individual winner of the challenge.

9:46pm — “I think there’s a fresh glamor to this dress,” says Mizrahi about Newton’s look. “Everything about it is unexpected,” added Milano.

9:47pm — “For this dress to be in this color is so brilliant,” says Chapman about Glover’s look.

9:48pm — Labissiere’s design is “so strong, yet so soft and feminine,” according to Milano.

9:49pm — “You took these completely disparate pieces and styled them together, but they look like pieces I’ve seen already,” says Mizrahi about Carlos Casanova‘s design. Chapman thought it was “schizophrenic.” Ouch.

9:50pm — “There was no invention to it,” says Chapman about Helen Castillo’s disappointing look, but Milano didn’t think she deserved to be in the bottom three.

9:53pm — “There’s major taste issues,” says Chapman about Laurence and Casanova’s looks. The judges agree that Castillo should advance to the next round, but which of the two all-star men goes home?

9:59pm — Labissiere wins the challenge, with Glover named the runner-up. Newton is also safe and advances to the next round of the competition.

10:00pm — And the eliminated designer is … Carlos Casanova. Laurence survives, but it seems like a close call. “Perhaps my mind was not really into another challenge,” Casanova admits.

10:03pm — Next week is going to be a post-apocalyptic challenge. The designers will have to come up with a distressed look and develop a story of how the model survived on the way to the runway. Glover envisions a firefighter, while Labissiere’s character will be some kind of half-alien hybrid — but “The X-Files” was last night!

10:06pm — Williams’s character is a princess from Gambia. Stanley Hudson‘s model got caught in a fire. And Ari South is designing for a model who survived after all the world’s volcanoes erupted.

10:10pm — “Anthony’s kind of freaking out,” Valentine notes. Williams isn’t accustomed to the idea of distressing clothes. He cares about fabric and almost seems to be afraid of hurting it. Could that sink him next week?

Who was eliminated? Carlos Casanova

Who will be in the bottom two, but safe? Ken Laurence

Who will win the challenge? Merline Labissiere

Who will be the challenge’s runner-up? Char Glover 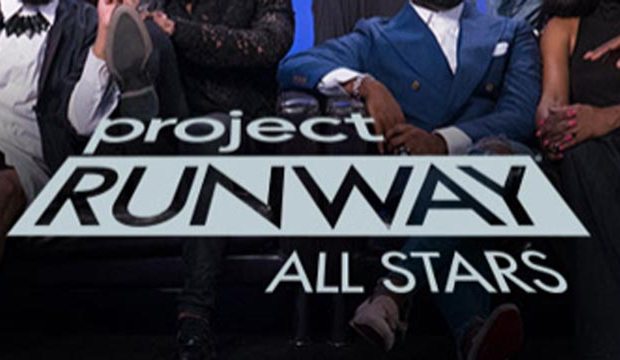