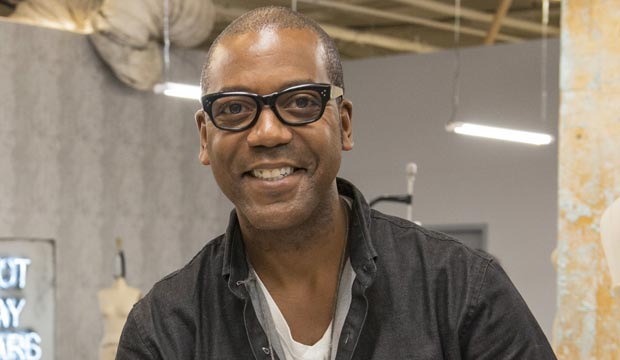 “Project Runway All Stars” ends its sixth season on Thursday, April 5, with Stanley Hudson among the final three contestants alongside Fabio Costa and Anthony Williams. Hudson previously competed in season 11 of the original “Project Runway” series in 2013, finishing third. But that was an all-teams season, so his stint on “All Stars” this year was his first time competing on his own. Going solo has worked out pretty well for him, though: he won three design challenges over the course of the season, more than any other contestant. So in anticipation of the finale, we asked him to reflect on the season, how he rebounded after a close brush with elimination early on, and what, if anything, he would do differently if he had the chance. Read our exclusive interview below.

Gold Derby: Your previous season of “Project Runway,” season 11, was a teams season. How was it different working solo on “All Stars”?

Stanley Hudson: Working On “All Stars” was a completely different experience because I was able to show my design ability without the constrictions of the team challenges. Not to mention I only had myself to rely on, so the pressure to stand out was all on me!

SH: I felt no added pressure being the last rookie standing. In fact, I felt I had an advantage because my season of “teams“ was not the fan favorite so I was able to come in with very little expectations.

GD: You had a close call early in the season, landing in the judges’ bottom-two for the second challenge of the season, “Damsels in Distress,” but you quickly turned it around and ended up winning more design challenges than anyone else during this season. How did you regroup after “Damsels”?

SH: I think that after being in the bottom early on I quickly had to regroup and fine-tune my designs to the challenge and become aware of my time management. Not to mention the guys (Anthony, Ken and Fabio), gave me a pep talk about staying in the game and staying on point!

SEE‘Project Runway All Stars’ season 6: Which of the 13 eliminated designers would you bring back? [POLL]

GD: Since you made it to the finale in your previous season as well you already had an experience of designing a complete collection for the competition. Did you have a different approach the second time around in terms of your style or technique?

SH: I think that having done a collection I had the advantage of knowing the pressure of creating a collection in such a short period of time. But as far as the second time it sort of came organically. I am such a different person from five years ago and my approach to the way I design has evolved in such a way that I have such joy in creating and I realize that this is just a part of my journey.

GD: Looking back on your designs over the course of the season, was there anything you would do differently if you had the chance?

SH: Looking back if I had to change anything, I wouldn’t have changed any of my designs, but I would change some of the color choices of some of the design. For instance, for the “Betty Boop” challenge, I would change the color. For the “Damsels” challenge, again the color, and for “Rock Your Face Off” the colors as well. Other than that I’m pretty satisfied with my overall designs. If you look at them from week to week, you can see the natural progression and cohesion in my aesthetic.

SEE‘Project Runway All Stars’ recap: ‘History in the Making’ brought the final 4 to the Smithsonian, but one of them was history

GD: What was the design this season you were proudest of and why?

SH: I was most proud of the avant-garde challenge. It was a lot of work and so much work went into that design! If I can choose another it would be the Isaac Mizrahi challenge.

GD: What was your least favorite design challenge of the season and why?

SH: I didn’t really have a least favorite, although I wish the “Damsels in Distress” was a two-day challenge. Only because a lot of work was required and more time would have produced better designs.

GD: What about the “Project Runway” experience has been the most meaningful for you, personally and professionally?

SH: Personally, I have seen so much growth in myself, the way I deal with certain people and situations has helped me deal with a lot of things in my personal life. Professionally, It has given me such a huge and solid foundation to jump start my future endeavors. The most meaningful is that I have created some of the most amazing relationships had it not been for “Project Runway.” So thank you!