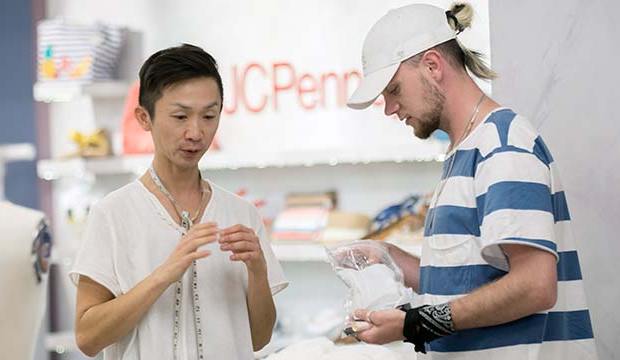 “Project Runway” has been stuck on the Emmy runway for far too long.

It’s been nominated for Best Reality-Competition Program consecutively for the 13 years since it debuted on TV, but it’s been forced to step back year after year for winners in that category with slicker production values (“The Amazing Race” won 8 times since 2005, 10 times total) and heart-swelling songs (“The Voice” won 4 times), etc. Victories by “The Voice” are particularly noteworthy since they occurred over the past 5 years; the last 3 victories were consecutive.

Now “The Voice” seems unstoppable much like “Amazing Race” once outran all rivals in the old days. Over the past 15 years of this category’s existence, those two programs have hogged the winners’ circle with only one exception: “Top Chef” had the secret recipe for a shockeroo in 2010.

But that means more upsets are possible – so the Emmy hopes of “Project Runway” remain alive. It’s already won two Emmys in other categories in the past. In 2009 it prevailed for picture editing, and in 2013 Tim Gunn and Heidi Klum surprised Emmy pundits by triumphing as Best Reality TV Host.

The program’s last season was socko, featuring diverse models of vastly different body sizes ranging from 0 to 22. Contestants were challenged to create evening wear with “good” and “evil” themes, design everyday streetwear for fashion models plus friends and family of the “Project Runway” TV crew and they even had a slumber party on top of the Empire State Building to dream up a comfy new outfit for Heidi Klum’s Sleepwear line.

Competition among contestants was quite dramatic. Intrigue included accusations of cheating! For most of the season, it looked like Brandon Kee was the frontrunner and inevitable champ, but, hold your horses, Derbyites: Kentaro Kameyama staged off a thrilling upset.

“Kentaro was hit or miss throughout the TV season, but he suddenly rallied in the end when he pulled together his whole collection that was inspired by his Japanese heritage,” reports Gold Derby senior editor Daniel Montgomery. “The finale was really, really good!”

Good enough to win an Emmy? Yes, let’s hope so. It’s about time, please. However, this may be a very bad time for the show, considering it’s moving back to Bravo next year after its recent stint on Lifetime. The reason: It’s produced by scandal-plagued Harvey Weinstein.

“Project Runway” is only ranked fourth in that category in Gold Derby’s official racetrack odds (13/2) right now. “RuPaul’s Drag Race” is out front (10/3 odds). Do you disagree? Make your predictions right now in order to affect our odds, which update once per hour at Gold Derby. Keep checking back.