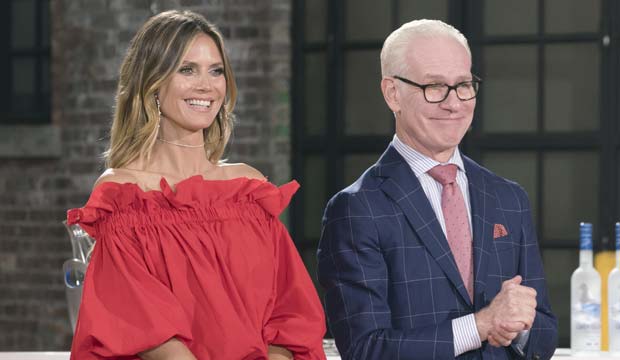 When we last saw a version of “Project Runway” earlier this year, the fallout over producer Harvey Weinstein’s sex-abuse allegations hovered heavily over the show despite the fact that his company’s name was removed from the credits. Still, his now ex-wife, designer Georgina Chapman, remained one of the judges of the all-stars variation that pitted veterans against rookies. It was soon announced that the fashion reality show would be moving back to Bravo, its original home.

But the stunning announcement on Friday that supermodel host Heidi Klum and contestant mentor Tim Gunn would be leaving the show after 16 seasons – along with designer and judge Zac Posen – throws the future of the series into a tailspin. Especially since they are putting together their own reality fashion series for Amazon Prime Video. According to a press release, their show “will be a fresh take in the reality space and will appeal to a global audience who are entertained by competition, storytelling, and authenticity.”

There is also a new twist, according to The Hollywood Reporter:  “As part of the series, Amazon Fashion will create a shoppable experience for viewers as the retailer and streamer looks to bridge the intersection of content, commerce and technology.” Which makes sense, since Amazon started as a retail site.

As for Bravo, the channel confirms that “Project Runway” will continue. “The series will continue its iconic impact with Bravo’s reboot for the next generation of designers and fans. We are excited to announce our new host and mentor very soon.”