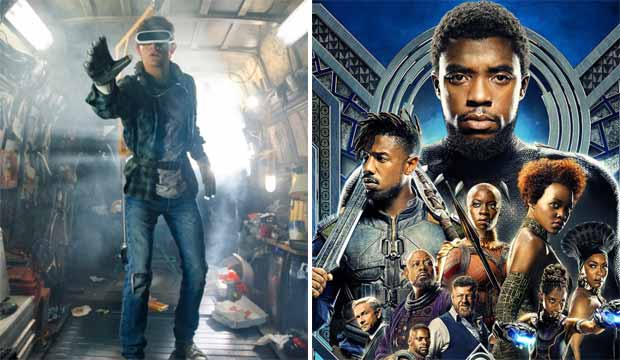 “Ready Player One” had a heavenly Easter weekend at the box office. It grossed $41 million from Friday through Sunday, but it actually opened on Thursday, March 29, so its total four-day haul was $53 million. And that doesn’t count its even more impressive international receipts. Meanwhile, though “Black Panther” has ceded the top of the weekend box office charts it is nevertheless approaching new heights in the all-time box-office record books both here and abroad.

Based on the 2011 novel by Ernest Cline, who also co-wrote the screenplay adaptation, “Ready Player One” is a sci-fi adventure directed by Steven Spielberg about an all-encompassing virtual-reality world called the Oasis and the young users (led by Tye Sheridan and Olivia Cooke) fighting to keep it from falling into the wrong hands. Its weekend opening is the best for a Spielberg film since “Indiana Jones and the Kingdom of the Crystal Skull” debuted with $100 million back in 2008. But internationally “Ready” has done even better. So far it has taken in $128 million overseas for a total of $181 million worldwide. Can we expect “Ready Player Two” sometime soon?

“Black Panther” dropped to third place this weekend in its seventh week of release. It took in an additional $11 million for a domestic total of $650 million, which makes it the fifth biggest movie of all time (not accounting for inflation). So it seems like a safe bet that the film will soon pass “Jurassic World” ($652 million) for fourth place, and then “Titanic” ($659 million) for third place. Up in second is “Avatar,” which “Black Panther” may not be able to reach at $760 million. “Star Wars: The Force Awakens” is probably completely untouchable with its astonishing $936 million.

Worldwide, “Black Panther” has earned a total of $1.273 billion dollars, which places it 11th on the list of the all-time biggest moneymakers. That puts it only $3 million shy of passing “Frozen” for 10th place ($1.276 billion) and $9 million away from surpassing “Star Wars: The Last Jedi” for 9th place ($1.332 billion). Where do you think “Black Panther” will land when it ultimately finishes its box office run?