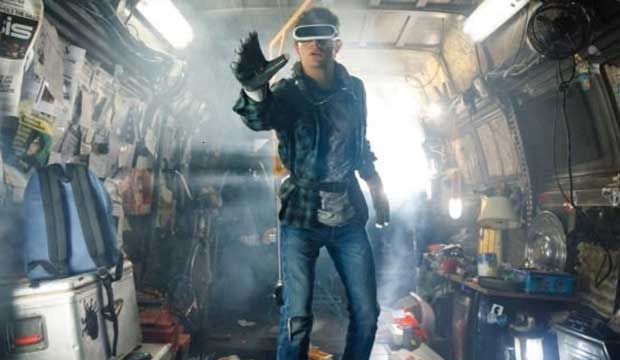 Starting with “Close Encounter of the Third Kind” (1977), nine films directed by Steven Spielberg have earned Oscar nominations in Best Visual Effects. This year, with the CGI extravaganza “Ready Player One,” a 10th Spielberg picture is poised to contend in this category.

The film, based on Ernest Cline‘s eponymous novel, finds earth on the verge of collapse in the year 2045. Providing the human race a distraction is OASIS, a virtual reality universe created by the oddball James Halliday (Mark Rylance). Prior to his death, Halliday devised a three-part contest which, if won, will provide the lucky champion with Halliday’s fortune and exclusive control over OASIS. Among those competing for this glory is young wannabe-hero Wade Watts (Tye Sheridan). After Wade emerges the first conqueror of part one of the contest, he collaborates with friends on the dizzying journey to winning the remaining two parts.

Of the film’s visual effects, Owen Gleiberman of Variety said: “‘Ready Player One’ tells a breathless and relatively coherent story — essentially, the future of civilization is riding on the outcome of a video game — but the movie, first and foremost, is a coruscating explosion of pop-culture eye candy.”

Raving over Spielberg’s utilizing of the effects was Pete Hammond of Deadline Hollywood: “Spielberg proves to be the perfect director to the get to the essence of what is really a movie, a visual effects-driven playground for anyone who loves the legacy of film and looks forward to the infinite possibilities of its future.”

Eric Kohn of IndieWire was also complimentary of the director: “This is Spielberg’s biggest crowdpleaser in years, a CGI ride that wields the technology with an eye for payoff.”

The first of his films to contend, “Close Encounters of the Third Kind,” fell short to “Star Wars,” one of half a dozen trophies the George Lucas film scored at the ceremony.

The following decade proved more receptive to Spielberg’s films in the category. “Raiders of the Lost Ark” (1981) was victorious, as was “E.T.: The Extra Terrestrial” (1982), which topped the formidable likes of “Blade Runner” and “Poltergeist.” Also triumphing was “Indiana Jones and the Temple of Doom” (1984).

In 1991, Spielberg’s “Hook” fell short in Best Visual Effects to “Terminator 2: Judgement Day,” but Spielberg cinema was triumphant once again just two years later, as “Jurassic Park” (1993) claimed victory. Remarkably, this was the last occasion in which a Spielberg film won this Oscar.

Three nominations have since followed with no wins. “The Lost World: Jurassic Park” (1997) fell short, as expected, to Oscar favorite “Titanic,” while “A.I. Artificial Intelligence” (2001) was no match for “The Lord of the Rings: The Fellowship of the Ring.” Most recently, Spielberg’s “War of the Worlds” (2005) lost the Best Visual Effects prize to “King Kong.”