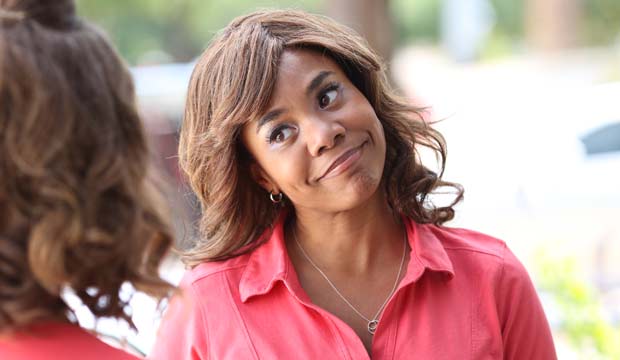 Most of the winners at the 2018 New York Film Critics Circle Awards were already in the conversation for Oscars, but my favorite part of the critics awards roll-out at this time of year is when they wander off the beaten path to champion a movie or performance that has flown under the radar. That’s what they did in Best Actress, where they sidestepped more familiar choices like Glenn Close (“The Wife”) and Olivia Colman (“The Favourite”). Instead, they picked Regina Hall (“Support the Girls”), who may seem like an unlikely Oscar contender, but history is on her side. (Indeed, she made history here as the first black winner of Best Actress from the NYFCC.)

Is she really that unlikely, though? She’s a veteran of film and television with credits including “Ally McBeal,” “Girls Trip” and another acclaimed film this year, “The Hate U Give.” And while it’s early yet, she hasn’t missed a beat on the awards circuit. She earned Best Actress nominations at both the Gotham Awards and Independent Spirit Awards, and in both cases she made the cut over seemingly stronger Oscar candidates like Melissa McCarthy (“Can You Ever Forgive Me?“) and Nicole Kidman (“Destroyer”).

“Support the Girls” opened in August and follows a day in the life of Hall as the manager of a Hooters-style sports bar. It received glowing reviews (85 on MetaCritic, 92% fresh on Rotten Tomatoes), and despite its tiny release (it peaked at 35 theaters) and limited box office ($129,000) it was memorable enough to critics and insiders for Hall to be remembered over a glut of higher-profile candidates at these early kudos.

The only two exceptions were Sally Hawkins (“Happy-Go-Lucky,” 2008) and Rachel Weisz (“The Deep Blue Sea,” 2012). But while neither made it all the way to the Oscars, both at least made it to the Golden Globes, where Hawkins won Best Film Comedy/Musical Actress and Weisz was nominated for Best Film Drama Actress. We could see Hall show up there too. She could surprise us again by popping up in the race for Best Film Comedy/Musical Actress, a category that could be wide open for nominations, especially with Lady Gaga (“A Star is Born”) stepping aside to compete in the drama categories instead.