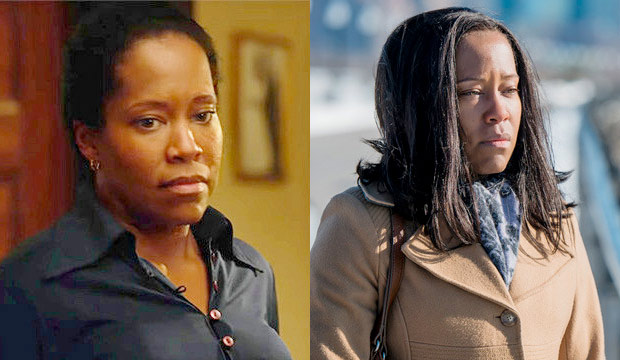 Fresh off her Emmy win for “Seven Seconds” as grieving mother Latrice Butler, Regina King finds herself in the enviable position of earning Oscar buzz for her performance in “If Beale Street Could Talk.” Both performances will be eligible at the upcoming Golden Globes where she could very well become just the fifth actor in Golden Globes history to win two awards in one night. The actress has only been nominated once at the Golden Globes before, and considering how much the Hollywood Foreign Press Association (HFPA) loves rewarding “new” people every year, she’s in a good position to win at least one by the end of the night.

SEEFirst time lucky? Regina King (‘If Beale Street Could Talk’) could be latest actor to win Oscar on inaugural nomination

King earned her third Emmy in September, following two wins for “American Crime.” Each time she has won, she’s earned a huge positive reception from the audience, showing just how thoroughly her peers respect her work over the past 30 years in the industry.

These positive vibes could continue with the HFPA where she will hope to be nominated in the Best Limited Series/Movie Actress category for “Seven Seconds.” In this category she may compete with Amy Adams (“Sharp Objects”) and Emma Stone (“Maniac”), and despite the Globes doling out trophies to both of those actresses over the years, King being unrewarded could help her sneak through the middle and win.

She stands an even better chance in the Best Supporting Actress race on the film side (where she may run into Adams and Stone again for “Vice” and “The Favourite,” coincidentally enough). Her performance in “If Beale Street Could Talk” as Sharon Rivers, a mother dealing with difficult family issues, is so acclaimed that many Oscar experts have her in the no. 1 position to win for it. If she becomes this frontrunner, it’s easy to imagine Golden Globes voters wanting to anoint her first, as they tend to do with Oscar hopefuls.

Should King win two Golden Globes in one night, she would be following in the footsteps of four very esteemed actresses: Sigourney Weaver (1988’s “Gorillas in the Mist” and “Working Girl”), Joan Plowright (1992’s “Enchanted April” and “Stalin”), Helen Mirren (2006’s “The Queen” and “Elizabeth I”) and Kate Winslet (2008’s “Revolutionary Road” and “The Reader”). Mirren and Winslet went on to win at the Oscars for “The Queen” and “The Reader,” respectively. Mirren also won the Emmy for “Elizabeth I,” so King would be joining her company should she pull off those Golden Globe and Oscar wins.