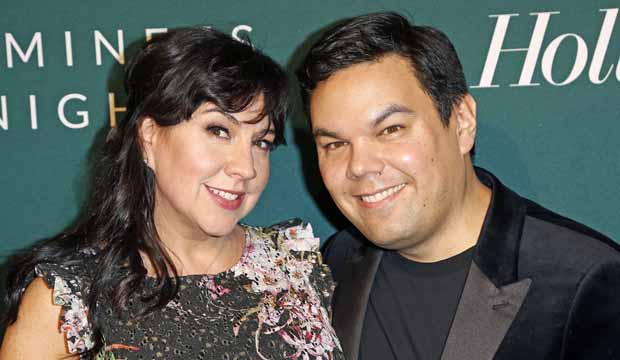 In 2014, composer Robert Lopez became the youngest member of the EGOT club when he won an Oscar for his hit song “Let It Go” from the Disney smash “Frozen.” He was only 39 when became the 12th person to competitively win an Emmy, Grammy, Oscar and Tony. This year, he added another Oscar to his crowded mantle with his win for “Remember Me” from “Coco.” As he already has multiple Emmys, Grammys and Tonys, Lopez is now the only EGOT champ to have pulled off this remarkable feat twice.

Below, we enumerate Lopez’s wins for these other show business awards. As you can see, he is already halfway to a triple EGOT as he has three Grammy Awards and three Tony Awards. And he could well be adding more Tonys to his collection as the legit version of “Frozen” just started previews on Broadway.

Lopez’s wife and songwriting partner, Kristen Anderson-Lopez, was one of only four women outside of the acting races to win at the 90th Academy Awards. As she made mention in her acceptances speech, her category of Best Original Song was one of the few to approach gender parity among the nominees.

SEE 2018 Oscars: How many women were nominated beside the 10 acting contenders (Hint: not enough)