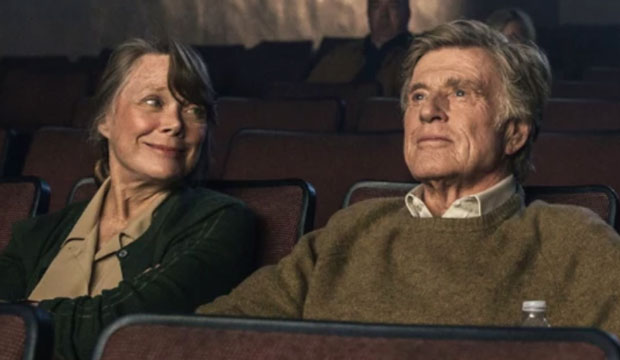 Robert Redford has recently announced that his appearance in the upcoming film “The Old Man and the Gun” will mark his retirement from acting. Since then, this Hollywood icon has been rising up the ranks on our Oscars prediction chart for Best Actor. Should he take home the Academy Award next February, Redford would, at age 82, become the oldest-ever winner of that race.

His new movie is based on the true story of an elderly ex-con who robs a number of banks and becomes a folk hero. The role makes a fitting bookend to a career that was launched into the stratosphere by “Butch Cassidy and the Sundance Kid” fifty years ago. This new film by David Lowery boasts an exceptional supporting cast including Oscar winners Sissy Spacek, Casey Affleck and Keith Carradine as well as Emmy champ Elisabeth Moss and screen veteran Danny Glover.

Redford lost his only bid for Best Actor back in 1973 when his turn in the Best Picture winner “The Sting” was passed over in favor of Jack Lemmon (“Save the Tiger”). He went on to win the Best Director award seven years later for helming the Best Picture champ “Ordinary People.” That was the same year that Spacek won Best Actress for “Coal Miner’s Daughter.”

SEE Robert Redford movies: All 9 films as director ranked from worst to best

A year after that, Henry Fonda became the oldest Best Actor winner when he prevailed for “On Golden Pond.” Fonda was almost 77 at the time; that made him 15 years and one day older than previous record holder John Wayne (“True Grit”).

Even if Redford only reaps a bid, he will set a new Academy Awards record as the oldest-ever Best Actor nominee. That benchmark was set by Richard Farnsworth, who was 79 when he was nominated in 2000 for “The Straight Story,” another true-life story that co-starred Spacek. Farnsworth lost to Kevin Spacey, who headlined the Best Picture winner “American Beauty.”