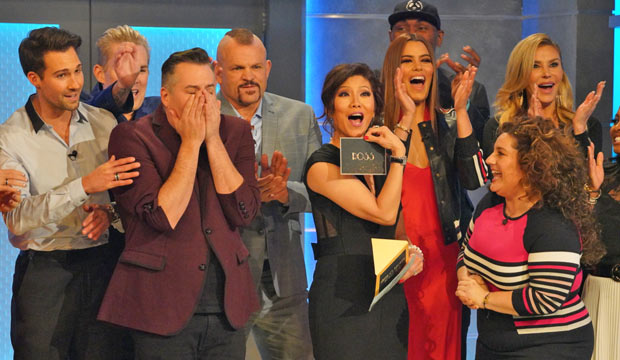 After being named America’s Favorite Houseguest during the “Celebrity Big Brother” season finale, superfan Ross Mathews was overcome with emotion. “Thank you, you guys. Thank you so much. I just love this game so much!” he said through tears. The television personality also seemed genuinely happy to learn that he wasn’t this season’s villain. “I turned to Marissa in the break and I go, ‘Was I the villain?!” Ross laughed. Are YOU happy “Big Brother” fans chose Ross as their favorite? Vote down in our poll below.

Ross’s award came with a $25,000 check, but that’s not the only prize money he won Sunday night. By coming in second place as the winner of “Celebrity Big Brother” Ross earned an additional $50,000. But it was Broadway actress Marissa Jaret Winokur who came away with the grand prize, taking home $250,000 after beating Ross in the final jury vote.

“I’m sorry about the lying. But hello, it’s ‘Big Brother’!” Ross declared in his quick interview with host Julie Chen after hearing that many of the jury members were bitter. “If you’re gonna come in the house, you’ve gotta play this game,” he added as the audience cheered him on.

Shannon and James were the other two highest vote-getters for the title of America’s Favorite Houseguest, but they were no match for Ross. Last season this coveted honor went to Cody Nickson, who recently joined showmance partner Jessica Graf as winners of “The Amazing Race.”