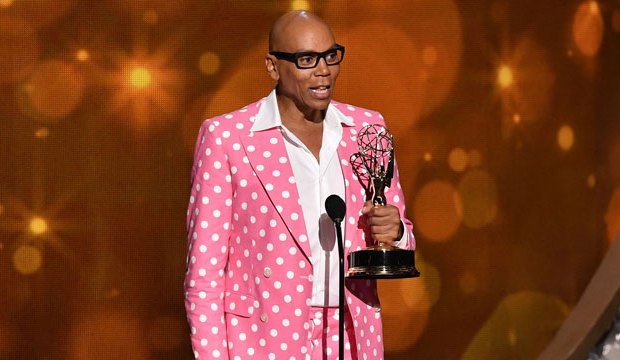 After winning back-to-back Best Reality Host Emmys for “RuPaul’s Drag Race,” will RuPaul Charles sashay away with trophy #3 this year? The reality TV show is on a roll on the awards circuit, winning Emmys for hosting, costumes and editing in 2017 and taking home the Critics’ Choice Award for hosting earlier this year. With ratings and buzz at an all-time high for VH1’s current 10th season RuPaul is now the frontrunner to win his third Emmy, according to Gold Derby’s exclusive odds.

RuPaul is undefeated so far, winning the only two times he was nominated (2016-17). The only other person to go undefeated in the hosting category is Jeff Probst (“Survivor”), who won a record-setting four trophies in a row (2008-11) before being snubbed thereafter. Jane Lynch (“Hollywood Game Night”) won her first two bids (2014-15) before losing to RuPaul in 2016 and then being ineligible in 2017. The other host champs were Tom Bergeron (“Dancing with the Stars”) in 2012 and Heidi Klum & Tim Gunn (“Project Runway”) in 2013.

In terms of new blood, might we see “Queer Eye” hosts Bobby Berk, Karamo Brown, Tan France, Antoni Porowski & Jonathan Van Ness break through as a fivesome? Ellen DeGeneres (“Ellen’s Game of Games”) and Neil Patrick Harris (“Genius Junior”) could also hear their names called in this category, while Steve Harvey, who in 2016 earned a bid for “Little Big Shots,” now contends for the primetime version of “Celebrity Family Feud.”

“Earlier this year I was quoted as saying I’d rather have an enema than have an Emmy, but thanks to the Television Academy, I can have both!” RuPaul joked at the Emmy podium when she won her first trophy in 2016. She wasn’t on-hand to accept her repeat trophy in 2017 because she previously committed to appearing at DragCon that same evening.