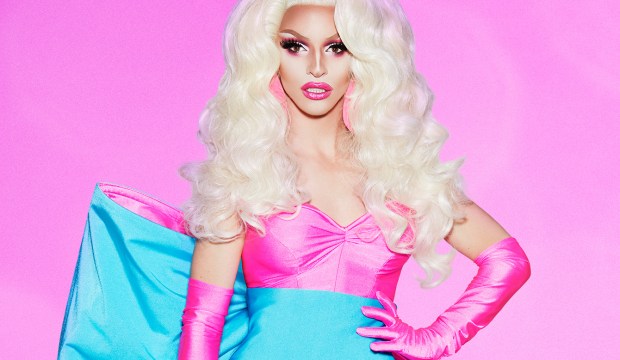 On the June 7 episode of “RuPaul’s Drag Race” season 10, Miz Cracker — a 33-year-old who hails from New York– was sent packing. Do you think her elimination was the right decision? Or did Kameron Michaels, her 31-year-old pal who is from Nashville, deserve to go instead? Vote in our poll below and be sure to sound off in the comments section.

To recap, this 11th episode of the season, “Evil Twins,” ended with these two queens having to lip sync to “Nasty Girl” by Vanity 6. Kameron stepped up her game, with her enthusiastic performance. By comparison, Miz Cracker’s rendition of the song seemed stale.

They had landed in the bottom two based on their combined efforts in the maxi challenge: present two characters on the runway: their best and worst selves. Joining RuPaul Charles, Carson Kressley and Michelle Visage on the judges panel in episode 11 are “Girls” creator and star Lena Dunham and singer Ashanti.

WATCH ‘RuPaul’s Drag Race’ 10 episode 5 exit interview: Mayhem Miller confesses, ‘I am proud and happy with what I did’