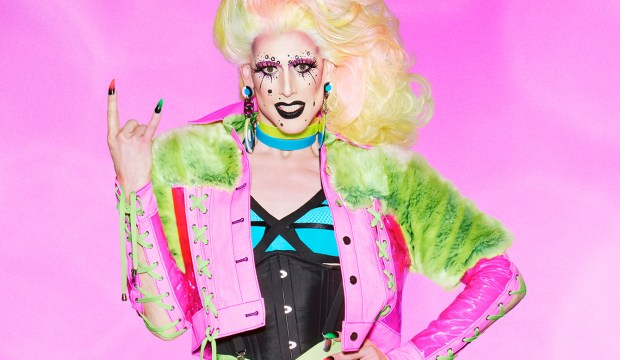 On the April 12 episode of “RuPaul’s Drag Race” season 10, Dusty Ray Bottoms, a 29-year-old who hails from the Big Apple, was sent packing. Do you think this elimination was the right decision? Or did Monet X Change, her 27-year-old pal who is also from New York, deserve to go instead? Vote in our poll below and be sure to sound off in the comments section.

This fourth episode of the season, “The Last Ball on Earth,” ended with these two queens having to lip sync to “Pound the Alarm,” one of the biggest hits of Nicki Minaj. Monet stepped up her game, with her energetic comedic performance. By comparison, Dusty’s rendition of the song seemed ragged.

They had landed in the bottom two based on their three designs in the main challenge: creating new looks for winter, summer and and one that is out of this world. Joining RuPaul Charles, Ross Mathews and Michelle Visage on the judges panel in episode four were actresses Logan Browning (“Dear White People”) and Tisha Campbell Martin (“Dr. Ken”).

They complimented Monet for her first look, but then described her other two as arts & crafts projects. Dusty was praised for creating beautiful designs but criticized as they did not meet the standards of the challenge.