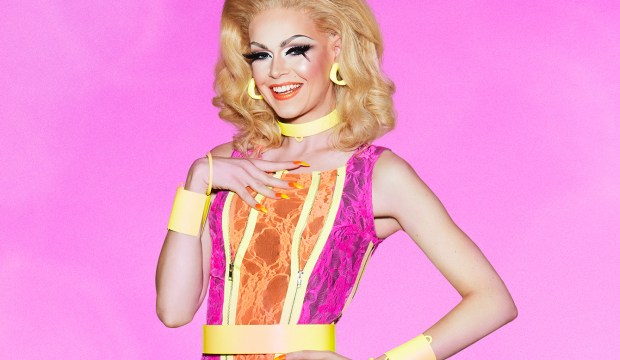 On the April 26 episode of “RuPaul’s Drag Race” season 10, Blair St. Clair, a 22-year-old from Indianapolis, Indiana, was sent packing. Do you think this elimination was the right decision? Or did The Vixen, her 26-year-old pal who is from Chicago, deserve to go instead? Vote in our poll below and be sure to sound off in the comments section.

To recap, this sixth episode of the season, “Drag Con Panel Extravaganza,” ended with these two queens having to lip sync to “I’m Coming Out” one of the biggest hits by Diana Ross. The Vixen stepped up her game, with her enthusiastic performance. By comparison, Blair’s rendition of the song seemed ragged.

SEE ‘RuPaul’s Drag Race’ exit interview: Mayhem Miller declares, ‘I am proud and happy with what I did’ [WATCH]

They had landed in the bottom two based on their combined efforts in the main challenge: icreate and produce RuPaul’s Drag Con panels on hair, face, and body in front of a live audience. Joining RuPaul Charles, Ross Mathews and Michelle Visage on the judges panel in episode five were Kumail Nanjiani and Emily V. Gordon, who turned their real-life love story into the Oscar-nominated film “The Big Sick.”