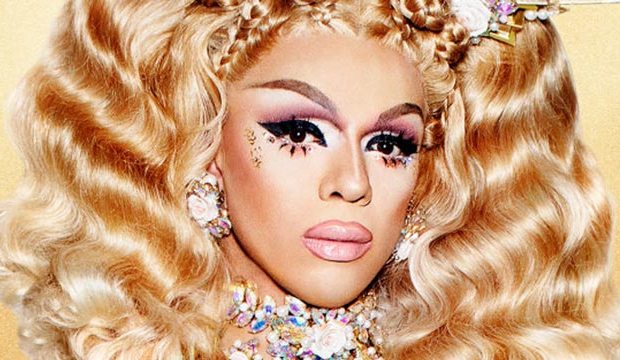 On the Feb. 22 episode of “RuPaul’s Drag Race All Stars” season 3, Aja was bounced from the competition. She first found fame on season 9 of the main show, making a big impression despite only making it to ninth place then. Did you think she was the right choice to go this week after her performance in the diva lip sync smackdown? Vote in our poll below and be sure to sound off in the comments section.

Of the remaining artistes, who do you want to see go all the way and claim the crown? They are: BeBe Zahara Benet ( Season 1), BenDeLaCreme (Season 6), Kennedy Davenport (Season 7), Shangela (Seasons 2 and 3) and Trixie Mattel (Season 7).

As with the second season of “All Stars,” the top performers in the weekly challenges get to lip sync for their legacy and to earn the right to single-handedly eliminate another queen of their choosing. This week the judging panel — Ross Mathews and Michelle Visage — were joined by guest judges Tituss Burgess (“Unbreakable Kimmy Schmidt”) and Shay Mitchell (“Pretty Little Liars”)

In this fifth episode, Bebe was declared the winner for her jaw-droppingly delicious rendition of the Diana Ross anthem “The Boss.” Do you agree with her decision to send Aja home? Or do you think that Shangela should have gotten the chop?

SEE ‘RuPaul’s Drag Race All Stars’ 3 episode 3: Was the right queen eliminated in ‘The Bitchelor’? [POLL]

Ross Mathews has leading 13/10 odds to win 'Celebrity Big Brother,' but watch out for James Maslow in…

'Celebrity Big Brother': 40% of fans want Ross Mathews to win, but how many voted for Omarosa? [POLL…