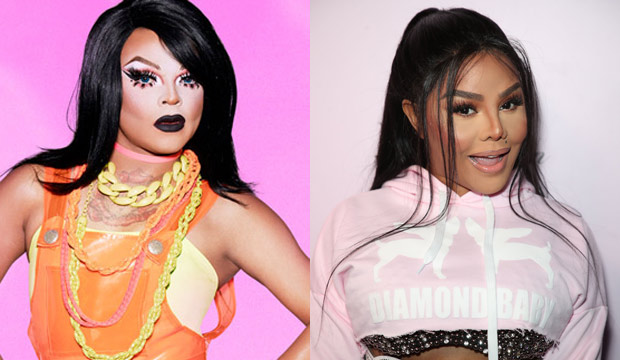 “Lil’ Kim came up to me and said, ‘Miss Vanjie, Miss Vanjie, I know who you are!'” Miss Vanjie (aka Vanessa Vanjie Mateo) told RuPaul Charles during VH1’s “RuPaul’s Drag Race: Reunited” reunion special. “I know my face hit the ground,” she said about meeting the music superstar. “I’m trying to come out with a single with her, ’cause if we’re #1, it’s gonna be a shut-down. They don’t even want us to do a video together, because I’ll go viral again for all the wrong reasons.”

SEE‘RuPaul’s Drag Race’ episode 13 recap: Which queen ruled ‘Reunited’ and who do YOU want to win season 10? [UPDATING LIVE]

During the Season 10 reunion eyes were on Miss Vanjie as she explained what she was thinking when she said her name repeatedly upon being eliminated in the season premiere. “Truth be told, girl, in my head I was not gonna go home so I did not prepare no message to leave,” she admitted. “‘Miss Vanjie’ is a multi-purpose thing. You can use it for whatever.”

Miss Vanjie later confessed, “People even send me videos of them intercoursing and they say, ‘I’m gettin’ Vanjied!’ So now I’m scared to open up my DMs.” After being cast on the show, she made sure to get all her bookings done quickly while she was still in the limelight. But now that her “Miss Vanjie … Miss Vanjie … Miss Vanjie” moment has gone viral, this Tampa, Florida resident will likely have drag work for a long time.

All of the other queens joined Miss Vanjie on Thursday night to dish the best and worst moments of Season 10. Read John Benutty‘s live blog to see how it all went down. The Final 4 contestants still in the running to join the “RuPauls Drag Race” hall of fame are Aquaria, Eureka, Asia O’Hara and Kameron Michaels. Find out who wins when the Season 10 finale airs Thursday, June 28 on VH1.

2021 Creative Arts Emmy predictions: Our odds say RuPaul, Bo Burhnam and 'SNL' will be among the big…