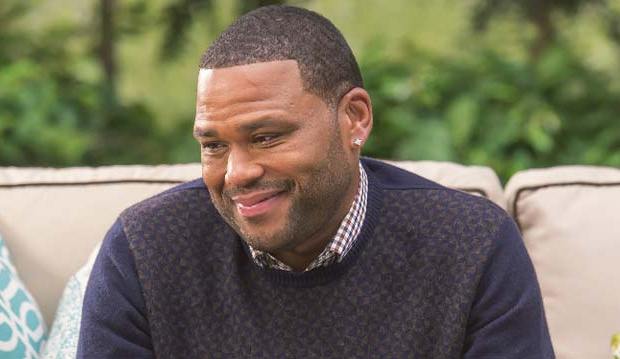 The Screen Actors Guild first began handing out awards in 1995 and the inaugural winner for Male Actor in a Comedy Series was Jason Alexander for “Seinfeld.” Now in their 24th year, only two categories remain without a person of color winning — this one as well as Male Actor in a Drama Series. While Sterling K. Brown (“This Is Us”) will try and right that wrong on the drama side, Anthony Anderson (“Black-ish”) could make history of his own as the first African-American to win his comedy category. (See full list of 2018 SAG nominations.)

It took nine years for the SAG Awards to first nominate a minority funny-man when Bernie Mac was recognized for “The Bernie Mac Show” in 2003. It would be another 11 years until Don Cheadle scored a single nomination for “House of Lies” (2014). And last year was historic as both Anderson and Tituss Burgess (“Unbreakable Kimmy Schmidt”) were nominated; they lost to William H. Macy (“Shameless”).

SEE 2018 Producers Guild Awards snub ‘This Is Us,’ ‘Will & Grace,’ ‘Black-ish’ in historic shut-out of broadcast TV networks

Anderson has been a standout in this season of “Black-ish,” and nowhere was that more evident than “Advance to Go (Collect $200),” where a simple game of Monopoly turned him into a real estate mogul and then eventually Donald Trump. But he’ll need help if he’s going to make SAG history, as he currently resides in third place with odds of 13/2, according to Gold Derby’s exclusive predictions.

In second place is two-time and reigning winner Macy (2015 and 2017) with odds of 9/2. Another triumph would place him in the elite company of Hayes and Baldwin, the only two nominees to win this category. But winning that third SAG Award has proved difficult for both John Lithgow, won two in a row for “3rd Rock from the Sun” (1997-1998), and Tony Shalhoub who doubled-up for “Monk” (2004-2005). Michael J. Fox also won two consecutive trophies for “Spin City” (1999-2000), though he was only nominated twice.

Right on Anderson’s heels is Aziz Ansari for “Master of None” with odds of 17/2. Ansari made history himself as the first nominee of Asian descent nominated for Male Actor in a Comedy Series. However, his show is not currently scheduled to return and the SAG Awards typically do not look back. Remember their favorite actor Baldwin lost the year after “30 Rock” ended.

Trailing far behind is the only other two nominees whose shows were also nominated for the ensemble prize. In fifth place is Larry David for the latest season of “Curb Your Enthusiasm” with odds of 40/1. Although the show has been on the air for nine seasons he’s only received two past nominations (2006 and 2010). And in last place is surprise nominee Marc Maron for his work on “GLOW” with odds of 66/1.

Mac, Cheadle and Burgess never earned a second nomination, so just by being recognized a second time means Anderson has made history. But it often takes an extra year before an actor will win. David Hyde Pierce prevailed on his second nomination for “Frasier” (2004) and is in the company of both Hayes and Shalhoub. Ty Burrell for his scene-stealing work on “Modern Family” needed four nominations before he pulled off a win (2014). Should Anderson be the choice of his peers this could hopefully put him in contention for the prize he really wants: the Emmy.