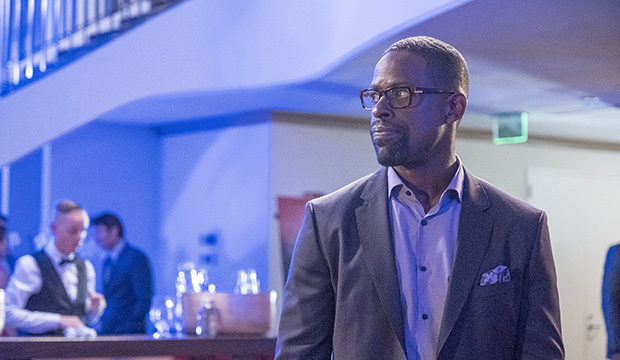 If there’s one thing the Screen Actors Guild Awards is into more than Netflix properties, it’s rubber-stamping. The SAGs loves a repeat champ (see: Alec Baldwin‘s seven straight wins in Best TV Comedy Actor), none so more than in Best TV Drama Actor, which nine men have won more than once. It could become 10 in January if Sterling K. Brown (“This Is Us”) defends his crown.

Brown is predicted to win his second consecutive individual SAG, leading with 8/1 odds. He’d join a list that includes:

A likable star on the reigning Best Drama Ensemble champ, Brown in good standing to claim his second prize. And discounting Lithgow, who only starred on Season 1 of “The Crown,” the last three two-timers — Buscemi, Cranston and Spacey — won their statuettes back-to-back. Brown could certainly continue that trend.

And don’t be too concerned about his Emmy loss to Matthew Rhys (“The Americans”), who’s in second place in our odds — the SAGs has never even nominated “The Americans” before in any category. Sure, voters could try to play catch-up now and make it up to the spy drama, but they are more likely to go with the populist choice again. Plus, none of Brown’s other predicted rivals — Bob Odenkirk (“Better Call Saul”), Jason Bateman (“Ozark”) and Jeffrey Wright (“Westworld”) have won individual SAGs.

This race could get very interesting if Brown’s co-star Milo Ventimiglia, who’s in sixth place, makes it in; he didn’t the past two years, but there are two open slots with Peter Dinklage (“Game of Thrones”) and David Harbour (“Stranger Things”) ineligible. Ventimiglia could split the vote with Brown or even beat his TV son.