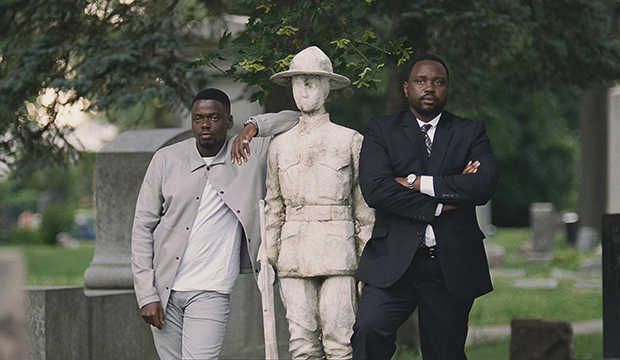 Steve McQueen’s “Widows” hasn’t had a great start to awards season so far, getting shut out at the Golden Globe Awards. It did receive one Critics’ Choice Awards nomination on Monday, in Best Ensemble. And with the Screen Actors Guild Awards nominations right around the corner on Wednesday, the film could pick up another ensemble bid.

Not to mention, the impressive cast includes many TV stars: Coon (“The Leftovers,” “Fargo”), Davis (“How to Get Away With Murder”), Debicki (“The Night Manager”) and Henry (“Atlanta”). In fact, Davis even took home two consecutive Best TV Drama Actress statuettes in 2015 and 2016 for her role as Annalise Keating on “Murder.” TV pedigree can increase a cast’s chances since the SAG voting body is not only made up of film stars but also TV actors. The cast also features veteran actors who’ve worked with many people in the industry over the years, which is important when you have peers voting for peers.

“Widows” also makes great use of its large ensemble, giving each person a moment to shine. Davis delivers a heartbreaking performance as Veronica, who has to pick up the mess her late husband (Neeson) created; Debicki is revelatory as the battered widow Alice who later comes into her own; and Kaluuya is fear-inducing in his bone-chilling portrayal of gang leader Jatemme.

SEE Will box office for ‘First Man’ and ‘Widows’ affect their Oscar chances?

Critics, too, have singled out the cast as one of the movie’s strengths:

Moira Macdonald (The Seattle Times): “But what keeps you transfixed for two hours, occasionally forgetting to breathe, is that murderers’ row of actors, each capable of cutting glass with a gaze.“

David Sims (The Atlantic): “Everyone in the cast gets multiple moments to shine, with Kaluuya playing a particularly frightening sort of terminator, and Debicki dazzling as a woman who’s impossible to judge at face value. But Davis’s superstar performance drives the film — she can silence a room just by entering it, docile Westie in tow.“

Brian Tallerico (RogerEbert.com): “Part of the reason “Widows” stays above the line where it would feel like mere sermon is that it contains the best ensemble of 2018.“

Could the complete shutout at the Golden Globes hurt the cast’s chances here? Not necessarily. Two of last year’s ensemble nominees, “Mudbound” and “The Big Sick,” did not receive a lot of love from the Hollywood Foreign Press Association either. In fact, the former only received nods for Best Supporting Actress (Mary J. Blige) and Best Song (“Mighty River”), while the latter also got a goose egg. The SAG voting body and their tastes are very dissimilar to that of the HFPA.

Ensemble nominations often come with at least one individual acting nomination. With eight previous nominations and five wins, Davis is a SAG favorite and could land a spot in the lead actress lineup. After his lead nomination for “Get Out” last year, Kaluuya may have an outside chance of sneaking into the supporting field. And while a supporting bid for Debicki is more of a longshot, it’s not beyond the realm of possibility, as she’s been singled out for her breakthrough performance.

In our combined odds, the cast of “Widows” is currently in fifth place with odds of 8/1 and would thus make the lineup alongside the other four projected nominees, “The Favourite,” “A Star Is Born,” “Vice” and “Crazy Rich Asians.”

Be sure to make your SAG Awards predictions so that Hollywood insiders can see how their films and performers are faring in our odds. You can keep changing your predictions until just before nominees are announced on Dec. 12. And join in the fierce debate over the 2019 SAG Awards taking place right now with Hollywood insiders in our movie forums. Read more Gold Derby entertainment news.