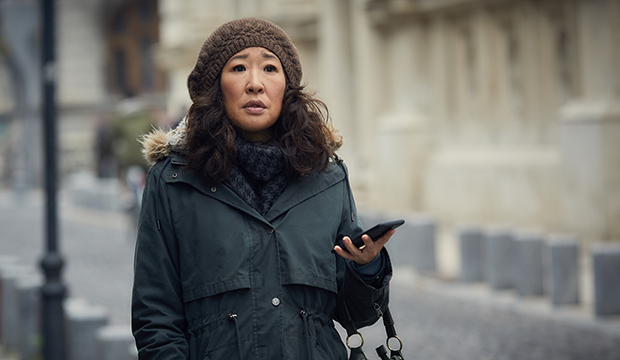 Another week, another bump for Sandra Oh. Last week, the “Killing Eve” star rose four spots to eighth place in our Best Drama Actress combined odds. Now? She’s shot up two more spots to take the sixth and final slot in our predictions.

The jump comes on the heels of “Killing Eve”’s killer showing with the Television Critics Association Awards nominations; the BBC America thriller earned five, the most of any show, including acting mentions for Oh and Jodie Comer in the gender-neutral drama acting category.

Now this does not mean Oh or the show are safely in at the Emmys — the tastes of TCA and the TV Academy are vastly different — but “Killing Eve”’s impressive showing proves there’s a lot of passion for the series, which is vital with the new Emmy voting system. There is a lot of love for the show, which manage to increase its ratings every week, and it has a ton of celebrity fans. The TCA nominations is the perfect momentum driver while Emmy voting is going on.

A five-time nominee for “Grey’s Anatomy,” Oh has always been the show’s best chance for a nomination. She’s a known quantity who’s consistently put out good work and is finally in a leading role. Oh would be the first Asian actress to be nominated in the category if she gets in.

Meanwhile, Comer scaled eight spots from 21st to 13th in our Best Drama Actress odds and the show is still chilling one spot out in eighth in Best Drama Series.