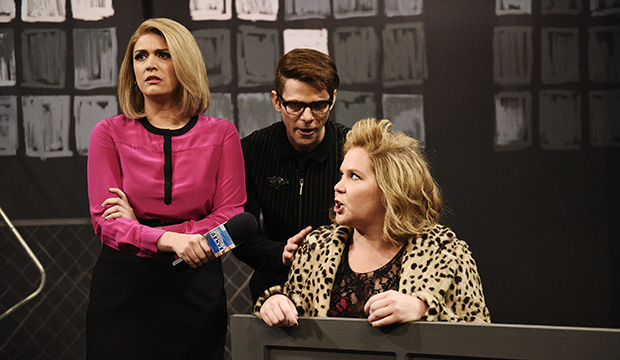 Even though it’s been on for 43 years, “Saturday Night Live” can still mark some firsts. If it wins a second straight Best Variety Sketch Series Emmy, it’ll be the first time “SNL” has won back-to-back titles.

“SNL” has somewhat surprisingly won very few series Emmys. It competed in Best Variety Series until 2015, when the category was split into Best Variety Sketch Series and Best Variety Talk Series. Under the old category, it only won twice: in 1976 for its first season and in 1993 for its 18th season. It also wasn’t nominated every year, receiving 19 nominations for its first 39 years.

Since its 1993 victory, “SNL”’s kryptonite had been late-night talk shows. “Late Show with David Letterman,” “The Daily Show with Jon Stewart” and “The Colbert Report” all dominated the category, with “Daily Show” taking home 10 in a row.

“SNL” has been nominated every year of Best Variety Sketch Series’ existence. It lost the first two to “Inside Amy Schumer” and “Key & Peele,” respectively, but won last year for its Trump-fueled 42nd season.

Though Season 43 didn’t have the same amount of buzz, “SNL” has 3/1 odds in our predictions to defend its crown. “Portlandia,” “Drunk History,” “Tracey Ullman’s Show,” “I Love You, America” and “At Home with Amy Sedaris” round out the top seven.