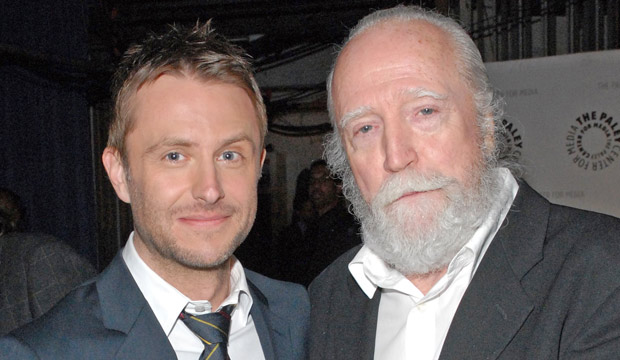 “I just have to say, Scott was such an incredibly kind and talented man and elevated every room that he was in,” Chris Hardwick remarked about the passing of “The Walking Dead” star Scott Wilson, who died on October 6 at the age of 76. During Sunday’s live episode of “Talking Dead,” Hardwick continued, “He was someone that I really cared deeply about and I always enjoyed seeing him. I just want to say tonight that we’re thinking about him and our thoughts and our hearts are with his friends and family.”

SEE‘The Walking Dead’ boss on Andrew Lincoln leaving: ‘We’re all sad about it,’ but we have ‘an ensemble cast’

Wilson’s character Hershel Greene was a fan favorite from Seasons 2-4 until he was killed off the show during the war between our heroes and the Governor (David Morrissey). After Hershel’s memorable death in the episode “Too Far Gone,” Wilson popped up two additional times: as a corpse in “After” and in a flashback scene in “A.” But “The Walking Dead” fans will reportedly get to see one more appearance by Wilson, as he recently filmed a scene for Season 9.

“We’re all gonna look forward to seeing Scott reprise his role as Hershel, as emotional and bittersweet as that is,” Hardwick confirmed on the show after the news was initially revealed at New York Comic-Con. In addition, former cast members Jon Bernthal (Shane) and Sonequa Martin-Green (Sasha) will also be appearing sometime in Season 9. Perhaps Wilson, Bernthal and Martin-Green are all returning to help send off Andrew Lincoln‘s Rick Grimes in his final episodes?

While character of Hershel has been gone for a long time, he’s never been forgotten. Hershel’s daughter Maggie, played by Lauren Cohan, even mentioned him during Sunday’s all-new episode “The Bridge.” After Maggie imprisoned a Hilltop citizen for attempting to assassinate her, she later found common ground with the man when he confessed that he was an alcoholic, much like her father.