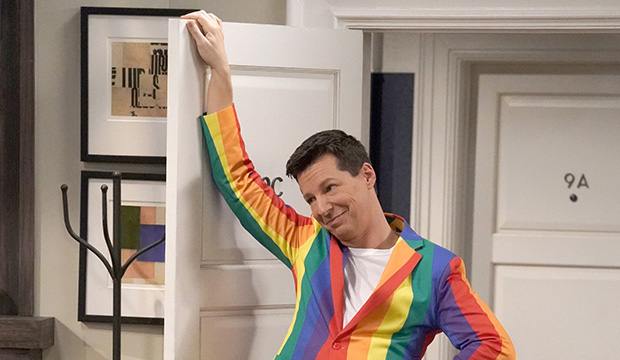 Just Jack just dethroned Titus Andromedon. Tituss Burgess (“Unbreakable Kimmy Schmidt”) had been on top of our Best Comedy Supporting Actor Emmy odds for the past month, but Sean Hayes (“Will & Grace”) has snuck by him into the lead. They both have 4/1 odds, but Hayes’ overall ranking on ballots has given him the ever-so-slight edge.

SEE ‘Will & Grace’ revival: Emmy favorite renewed for season 3 and adds to season 2 order before season 1 even finished

Hayes, who received a Critics’ Choice nomination for “Will & Grace” 2.0, is seeking his second win in the category after winning in 2000, the same year the show took Best Comedy Series honors. He’d be the ninth person own two statuettes in the category.

Burgess is still awaiting his first win. Since “Kimmy Schmidt” doesn’t return until May 30, the day before the Emmy deadline, with only the first six episodes of Season 4, he’s riding on his reputation and Emmy history right now. The scene-stealer is the only “Kimmy Schmidt” star to have been nominated every season so far.