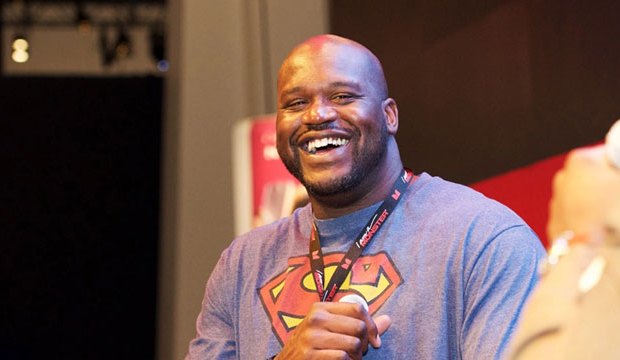 Shaquille O’Neal is looking to emulate the success of another NBA all-star, Kobe Bryant, who won an Academy Award last year for the animated short “Dear Basketball.” Shaq is one of the producers of the  documentary feature “Killer Bees.” The title is misleading for, as per the official synopsis, the film by Ben Cummings and Orson Cummings follows “a championship high school basketball team that provides pride, tradition and hope for an African American community struggling to survive in the middle of one of the wealthiest communities in America.”

Shaq would love for this film to be screened in schools. “There’s a lot of information in this film and a lot of subjects that everyone can relate to. I related to it a lot and I learned a lot.” This, O’Neal told me, is what made him want to do “Killer Bees” in the first place.

“Where are you from? London?” Shaq asked, detecting my awkward British accent. I confirmed. “Out here in the States, when you say Hamptons you think partying, beaches, boat parties, wealth, wealth, wealth. That’s why I was drawn to the film when I got introduced to it and started doing my own research. I was very surprised to learn that there was another side. I was like really? There’s another side? I’ve never been to the other side of The Hamptons, so learning about that was very interesting, very informative.”

He readily admits to having enjoyed being on the other side of the camera. “I want to do more producing. Short stories, documentaries. This is my first production for a while so I wanna get a little more serious, do a little more content. I’ve had 17 films under my belt so I’ve had a lot of experience but this is something I’m very passionate about so this means more.”

It’s a work ethic that saw him become champion of the basketball world. Will he conquer Hollywood too? “I had a plan to do films. I had a plan to do business. When you retire you have a lot more free time on your hands so this was all in the works well before I retired.”