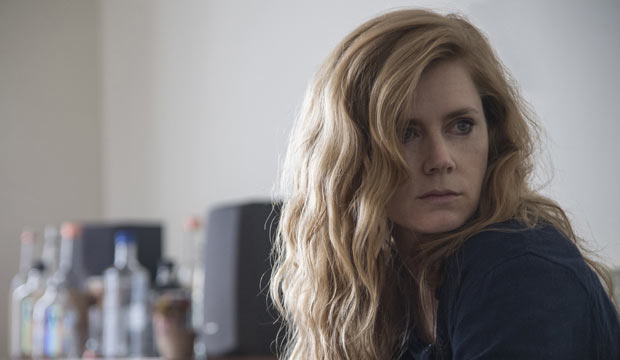 As of this writing the eight-episode limited series has scored 76 on MetaCritic based on 30 reviews, and 89% freshness on Rotten Tomatoes based on 44 reviews. The RT consensus says it’s “a nearly unbearable slow burn,” but “maintains its grip with an unshakably grim atmosphere and an outstanding cast led by the superb Amy Adams.”

Adams stars as Camille Preaker, a St. Louis crime reporter who returns to her Missouri hometown to investigate the murder of a young girl. It’s based on a novel by Gillian Flynn, who also wrote the source material for the 2014 David Fincher film “Gone Girl,” which earned Rosamund Pike an Oscar nomination for Best Actress.

Flynn also wrote the screenplay for “Gone Girl,” and she’s a writer on the “Sharp Objects” TV adaptation as well. But the showrunner is Marti Noxon, who earned an Emmy nomination in 2016 for writing the premiere episode of Lifetime’s “UnReal.” Noxon is also known for her work as a writer and producer on “Buffy the Vampire Slayer” and as the creator of “Girlfriends’ Guide to Divorce” and “Dietland.”

Critics say that Noxon “deftly interprets and expands on Flynn’s complex themes,” while Vallee’s direction brings the story “to stifling, ominous life.” And Adams’s performance is a “marvel” and “undoubtedly a contender in next year’s Emmys.” But will the television academy still remember “Sharp Objects” when it comes time to vote in 11 months? Well, it worked for “The Night Of,” which premiered in July 2016 and won five Emmys including Best Movie/Mini Actor (Riz Ahmed) in September 2017.

Does “Sharp Objects” look like an Emmy contender to you? Check out some of the reviews below, and join the discussion on this and more with your fellow TV fans in our forums.

Ken Tucker (Yahoo): “[‘Sharp Objects’] turns out to be everything you might have wanted. And also some things you didn’t know you wanted: This eight-part HBO miniseries is a scary thriller, a Southern gothic melodrama, a serial-killer murder mystery, and a dual portrait of motherhood and sisterhood — all of it combined with a sleek ease that rarely lets any effort show.”

Sonia Saraiya (Vanity Fair): “Throughout, Adams is a marvel, giving a performance like an open wound … ‘Sharp Objects’ is a mystery and a family portrait, but at its core, it is about the double-speaking damage we do to girls — young girls, vulnerable girls, and especially eager-to-please nice ones. To say much more would risk ruining how artfully ‘Sharp Objects’ unfolds its mysteries.”

Ellen Gray (Philadelphia Daily News): “[‘Sharp Objects’] stars Adams, a five-time Oscar nominee and undoubtedly a contender in next year’s Emmys … Beyond the show’s distinctive vision of  Camille’s hometown of Wind Gap as a place where mean girls race around on roller skates, Adams — as a woman who has pain written all over her – is the best reason to stick with ‘Sharp Objects’ as it winds its way, sometimes a mite slowly, through twisted mysteries with deep roots.”