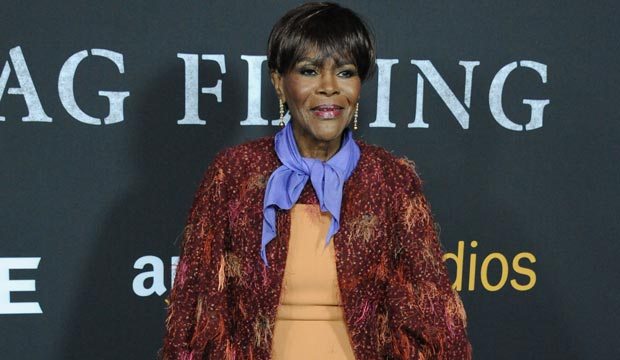 Oscar season will kick into a higher gear this Sunday when five exceedingly qualified honorees will be lauded at the Academy of Motion Picture Arts and Science’s 2018 Governors Awards. The quintet includes three longtime associates of Steven Spielberg: Marvin Levy, the filmmaker’s dedicated publicist of 41 years and the first PR professional to receive an Oscar, and producers Kathleen Kennedy, 65,  and Frank Marshall, 72, (“E.T. the Extra- Terrestrial,” the “Jurassic Park” franchise), the first married couple to be presented with the Irving G. Thalberg Award along with Kennedy as the first woman to receive it.

And if you have ever gotten the theme song from “Mission: Impossible”  stuck in your head, blame the Argentine-born composer Lalo Schifrin, 86,  who will soon be the owner of an honorary statuette after being nominated for an Oscar six times without a win.  Also finally getting her own little gold man is Cicely Tyson, 93, after being nominated for an Academy Award only once, for her lead role as a Depression-era matriarch of a family of sharecroppers in 1972’s “Sounder .”

In order to get to know these five legends better, here are three facts about each of them.

*Besides being Spielberg’s right-hand man, Levy has overseen the publicity campaigns for Amblin and DreamWorks releases of such Oscar nominees and winners as “E.T. the Extra-Terrestrial,” “Schindler’s List,” “Saving Private Ryan,” “American Beauty,” “Gladiator” and “Lincoln.” In a recent interview with AP, Levy called the 71st Academy Awards “the toughest night of my life in terms of the business” when “Ryan” lost Best Picture to “Shakespeare in Love.”

*He famously invited journalists to the set of  1977’s “The Deep,” allowing them to scuba dive while observing the underwater photography. A “Jaws” wanna-be, which was also an adaptation of a Peter Benchley novel co-starring Robert Shaw, opened to $8 million-plus at the box office — beating the previous record set by “Jaws” in 1975.

*He and Spielberg’s next project is a new version of “West Side Story,” the 1961 classic that won 10 Oscars including Best Picture, that will be Spielberg’s first-ever musical.

*She was named the president of Lucasfilm after Disney paid over $4 billion for the company, meaning she oversees  the entire universe of “Star Wars”–related films.

*She will be a producer of a fifth Indiana Jones film due in 2021.

*Filmmaker Peter Bogdanovich acted as his mentor , allowing Marshall to work as a volunteer on his directing debut, 1968’s “Targets,” and hired him as a location manager and actor on 1971’s “The Last Picture Show.” They continue to be collaborators, most recently working together on completing Orson Welles’ unfinished 1970s movie, “The Other Side of the Wind,” their 10th film together.

*He and Kennedy along with Spielberg co-founded Amblin Entertainment in 1981.

*He has been nominated for 22 Grammys and won five. Schifrin also has a star on the Hollywood Walk of Fame and his “Mission: Impossible” theme was inducted into the Grammy Hall of Fame in 2016 as it lives on in Tom Cruise’s six-film franchise based on the TV show.

*Schifrin also has a connection to Spielberg and “Jaws.” In 1976, he put out a single of a song named “Jaws,” which based on the famous John Williams Oscar-winning score. It would spend nine weeks on the UK chart, ranking as high as No. 14.

*While Tyson has only once competed for an Academy Award, she has a whopping 12 Emmy nominations that span five decades. They include two wins, one for lead actress in a drama for “The Autobiography of Miss Jane Pittman” (1974) – making her the first African-American woman to do so for a TV movie —  as well as earning the special title of “Actress of the Year.” She earned another trophy for supporting actress in the miniseries “Oldest Confederate Widow Tells All” (1994).

*She was married to legendary jazz trumpeter Miles Davis from 1981 to 1988.