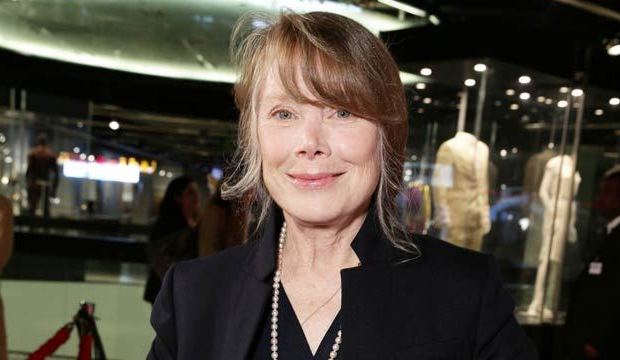 It has been 17 years since Sissy Spacek was in the Oscar race, but with the release of “The Old Man and the Gun,” she might find herself once again walking the red carpet at the Academy Awards. Spacek has been getting strong reviews for the film, which leading actor Robert Redford has announced will be his last film performance. Rolling Stone poetically described Spacek’s work in the film: “There’s a look that crosses Spacek’s face as she falls in love with this man at a diner that’s the acting equivalent of the first time you tasted ice cream.”

This role could bring Spacek her first nomination as Best Supporting Actress following six nominations as Best Actress. Her first career bid came for her third film, the classic thriller “Carrie.” Spacek herself has described the Brian de Palma film as a “B-List” horror film, and Oscar was probably the last thing on her mind when she accepted the role. She lost to Faye Dunaway in “Network.”

The massive success of the film typecast Spacek for a bit as a horror actress, but she held out for good roles. Her patience was rewarded when she was handpicked by country singer Loretta Lynn to play her in the biopic “Coal Miner’s Daughter.” She would win her only Oscar to date for that movie in 1980. She would subsequently receive nominations for “Missing” in 1982 (winner: Meryl Streep, Sophie’s Choice”), “The River” in 1984 (winner: Sally Field, “Places in the Heart”), “Crimes of the Heart” in 1986 (winner Marlee Matlin, “Children of a Lesser God”), and “In the Bedroom” in 2001 (winner: Halle Berry, “Monster’s Ball”.)