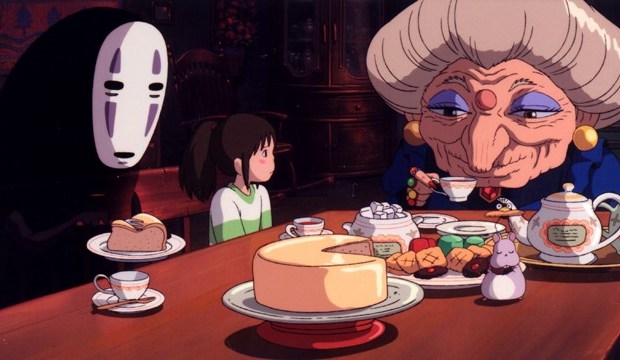 Disney-Pixar may be the most powerful studio in the Best Animated Feature Oscar category, but the readers of Gold Derby chose another film as their top winner of the 2000s: Studio Ghibli’s “Spirited Away.” The beloved animated classic from Hayao Miyazaki was voted your favorite Animation winner of the decade in a recent Gold Derby poll. (See 2018 Oscar predictions for Best Animated Feature.)

“Spirited Away” prevailed with 29% of the vote, followed by a slew of Pixar winners, including “Up” at 20%, “Finding Nemo” at 15% and “The Incredibles” at 11%. Pixar rounded out the top five with “WALL-E” at 9%. Next was the only DreamWorks winner in this category, “Shrek,” at 8%, followed by the other Pixar film, “Ratatouille,” at 5%. “Wallace & Gromit: The Curse of the Were-Rabbit,” the category’s only stop-motion animated winner, was next at 2% while Warner Bros.’s “Happy Feet” came in last with 1% of the vote.

In the 16 years of this category’s existence, “Spirited Away” is the only traditionally drawn animated movie to win. The film also won the equivalent animated feature races at the Annie Awards and the Critics’ Choice Awards.

Miyazaki, one of the most celebrated animators in film history, has been nominated two other times in this category, for “Howl’s Moving Castle” (2005) and “The Wind Rises” (2013). Despite previously announcing that “The Wind Rises” would be his final film, he later revealed he is working on a new animated feature called “How Do You Live?” Miyazaki received an Honorary Award from the Oscars in 2015, which hailed him as “A master storyteller whose animated artistry has inspired filmmakers and audiences around the world.”