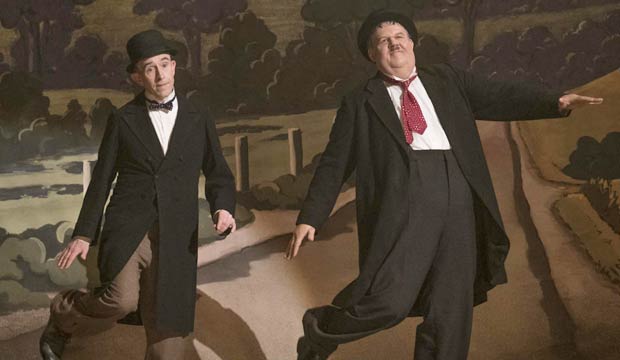 Tony Bennett was there. So was the late Nora Ephron‘s husband Nic Pileggi. Even former Howard Stern sidekick Jackie “The Joke Man” Martling. Clearly Stan Laurel and Oliver Hardy still have a wide fan base. The Peggy Siegal screening and reception for “Stan and Ollie” on the West Side of Manhattan played to an A-list media and Oscar-voting crowd. “I just got off a plane from London,” said director Jon S. Baird. The heavily brogued Scot added with a smile, “I think you can tell from my accent I’m from Brooklyn.”

At the afterparty a trim and natty John C. Reilly didn’t look anything like the Oliver Hardy he became for the film. “The real genius of the makeup was Mark Coulier, the prosthetics designer,” Reilly revealed. “The way he made the skin look so real was an art. It wasn’t just the rubber mask, it was the way he sprayed tiny marks all over the skin.” Baird added, “It took John four hours to get into makeup at first. He got it down to three hours.” That makeup and the fat suit deserve an Oscar all on their own, but how do you even wear something like that? “The fat suit has tubes of cold water running through it,” Reilly explained. “It was originally developed for surgeons.”

Reilly said that while shooting “Holmes and Watson” with Will Ferrell in London “I got together with [‘Stan and Ollie’ co-star] Steve Coogan on the weekends to work on the song-and-dance numbers.” But even though the fat suit and makeup helped, Reilly felt the performance was about more than that. “I didn’t really think about the makeup. It helped for sure, but I was more interested in what he was thinking about inside. They really based their characters on themselves. Stan would watch Ollie do something and then say, ‘What if you said this?'”

The commercial appeal of “Stan and Ollie” may depend on how many remember the early-20th-century comedy duo. “I grew up watching them every day after school,” said Martling — one joke man admiring two others. If you’re that kind of fan, your movie opens on December 28. And this one’s in color.