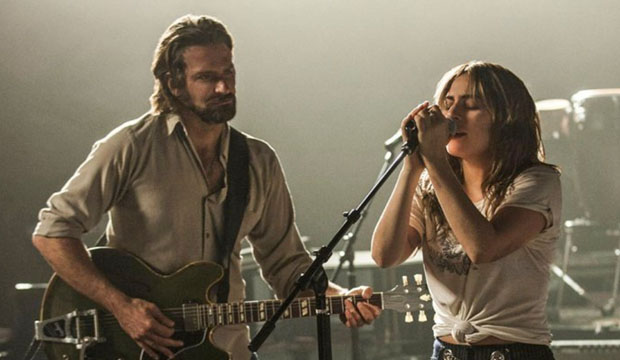 I’m shocked — and not a little bit embarrassed — to admit that I’m (currently at least) predicting “A Star Is Born” will win Best Picture at the Oscars. Oh, yeah, even more: Lady Gaga will bag Best Actress. I’ve got Bradley Cooper in second place for Best Actor (behind Rami Malek in “Bohemian Rhapsody,” which nobody’s seen yet) and, frankly, I might rank him higher if it didn’t look suspicious – like I’m too much of a Gaga-style, bubble gum-snapping fan of the film that I’ve now seen it at the Toronto Film Festival. As a professional Oscar pundit, I must openly scold myself: Have I gone truly, well, gaga?

As all respectable Oscar pundits know: Academy voters have not been kind to past versions of “A Star Is Born,” even when they were masterpieces like that Judy Garland gem (1954) and Janet Gaynor–Frederic March chestnut (1937). Maybe that was just due to the old hex against movies about Hollywood never winning Best Picture at Tinsel Town’s top awards show, but then “The Artist” (2011) finally broke that curse, didn’t it?

So why should we be skeptical about this new redo? It’s a knockout visually, musically and dramatically. It delivers. Not only to Gaga fans, but to cynics like me and even to snooty film critics who normally pride themselves on preferring pretentious, inaccessible indies in Farsi or French. Oscar voters have become unapologetic snobs in recent years, eschewing blockbusters that used to triumph like “Titanic,” “Gladiator” and “Ben-Hur.” And musicals, too – just ask “La La Land.” Ouch.

Over the past week since I’ve been seeing so many top Best Picture contenders in Toronto, I’ve been moving my predictions around like crazy.

But none of the aforementioned alternatives whips up so much passion in viewers as “A Star Is Born.” Passion is what usually drives Best Picture victories on Oscar night. “Moonlight” had that two years ago. But, wait, so did “La La Land,” remember?

Uh-oh. Maybe I should consider moving my Best Picture picks around again? But to what film next? Here’s a fascinating idea: “Black Panther,” which had massive passion behind it earlier this year and now could gain mojo in the top Oscar race if given a push by those film critics’ groups. That could happen the same way critics’ groups got behind “Mad Max: Fury Road” a few years ago, pushing it close to winning Best Picture. This year there could special affinity for a blockbuster now that the Oscars just dropped that Best Popular Picture category.

It’s all about momentum in the derby. So we should not write off any lead ponies at all, including “ROMA” or “First Man” or …

A few years ago one of the top Oscar consultants admitted to me that her movie did not deserve to win Best Picture, so I asked her: “Why did it win?”

“Everybody wants to be on the winning team,” she replied. We Oscar-watchers have not yet seen support coalesce around a few firm, final frontrunners. Stay tuned.